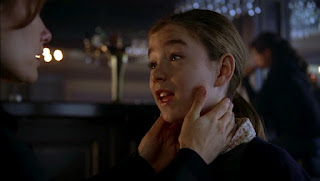 I tried liking this series, really I did, but the ending of episode ten was infuriating.

A whopping four kills, one almost kill, and a gunshot that might lead to yet another death. A stronger episode than the previous in terms of suspense, it unfortunately reveals nonsense in character logic. This one has the survivors heading toward the docks in the hopes of escape, via Jimmy's boat, yet spend most of the episode in the local pub. Though Katherine dies in the previous episode we get this fine shot as Shane brings Henry in to see the body. 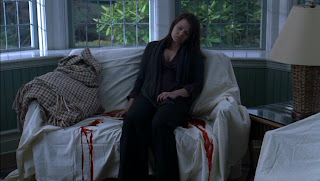 A new pair of characters appear as two Washington state troopers are flying in to retrieve the arrested J.D. Dunn. The pair, one female the other male, one rookie and one veteran, are shot down as soon as they step foot on the island. I found this quite comical, as another set of stereotypes are knocked off. I'd call it clever, only there's nothing tongue-in-cheek about the scene. It's all so serious.

For this episode the writers want us to think that Charlie is the killer, though he clearly isn't. I was holding out for Jimmy, even when the boat blew up with him inside I thought, "He's not dead. We didn't see the body. He'll be back to knock the rest of the castaways off. Mwa-ha-ha-ha-ha!" But when his body is returned I started to have doubts, and that final scene was utterly confusing. I'll get to it in a bit. 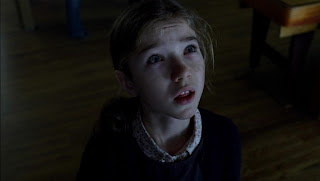 Maggie finally gets killed. The arrogant woman leaves the pub thinking locals are safe, even though someone reminds her that dead Jimmy was a local. I guess she's forgotten that Reverend Fain and the deputy were also killed. Dumb lady walks away, while viewers await the reappearance of her body. Sensing something, perceptive Madison says, "There's someone on the roof," and a minute later Maggie's lynched body is swinging out the window. Quite effective and bloodless.

There's less bickering in this episode though more drinking, and bartender Nikki unexpectedly reappears. She heard the explosion, she said. Which of course makes me wonder where the rest of the good island townsfolk are. It's a little too convenient that ABSOLUTELY NO TOWNSFOLK WHATSOEVER congregate to figure out what the hell's going on. It's clear that Nikki reappeared only to become another corpse and increase the series body count as though the writers and creators are aiming for some kind of record. "Hey," they may have been thinking, "we'll create a serial killer who disposes of more people in one thirteen-part series than Dexter does in six seasons." Unfortunately Harper's Island lacks the good writing of Dexter. 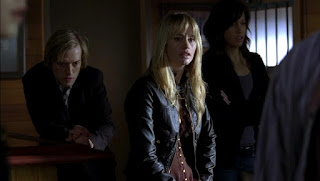 Cal and Sully separate from the group in a bid to get to the sailing boat Cal had rented for an outing earlier. So I guess there was a point to that scene. And Abby also leaves to take care of some business, which leads us to the end. I'm assuming blog readers have watched the series so I won't give a detailed play-by-play, but this episode features a twisty ending. Twisty, and utterly contrived. It appears Wakefield is still alive, and we learn that though the sheriff shot Wakefield he never found the body and found another for the grave. Why didn't the sheriff tell Abby this earlier since he told her everything else, especially since people are dying all over the place? Utterly frustrating. If it was Wakefield all along and no one else is involved (the DVD reads "25 suspects // 1 killer"), then I'll be disappointed. But there must another since the show is supposed to have a "shocking ending." So far the only shocking thing is the ridiculous logic that's being tossed into the mix. It's come to a point where I don't wish to speculate anymore and want to get to the ending. The unbelievable character actions and information reveals aren't working, and if the show were a tongue-in-cheek homage to the genre it might get away with it, but as I mention above it's all soooooo serious.. 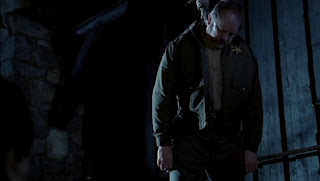