[I will try to get a cover shot up shortly.]

The concept behind a "Winter's" anthology is to produce a collection of stories in time for the Christmas season, and appropriate to seasonal sensitivities. This conjures images of a reader seated comfortably beside a warm fire, the snow falling gently but steadily outside, children settled in bed or playing on the carpeted floor, while a drink of some kind is sipped while the pages are being turned. This comfort requires a group of fairly light and amusing stories, nothing to disrupt the serenity of the holiday evening.

The original Winter's Tales series saw its first installment released in 1955 by Macmillan, with no editor credited on the first few annuals. These Winter's Tales featured novelettes by established authors such as Kingsley Amis and Frank O'Connor, alongside lesser known and even unknown authors, primarily from the UK, and each accompanied by simple illustrations. Altogether there were twenty-seven issues published up until 1981, featuring editors such as E. Leeson and A. D. Maclean. The uncredited introduction of the first annual stipulates that the "long short story" was recently "valued by both author and publisher and in great demand by readers. To-day it is unfashionable." Over half a century later the novelette is even less fashionable, and the short story at times seems to follow suit. At least in 1955 there was still demand for a popular anthology series.

The Winter's Crimes series began with the first anthology published in 1969, edited by George Hardinge. Hardinge approached the project with a similar outlook to the literary Winter's collections, requesting novelette-length stories appropriate for leisurely reading. As with Tales, Crimes also organized their stories alphabetically by author, thereby potentially sacrificing the normally important anthology principle of a gripping lead-in story.

Hardinge was chief editor on the series for most of its installments, but passed on his role for the fifth annual to Virginia Whitaker (1973), while the eighth was taken up by Hilary Watson, who would later edit several other installments, numbers ten and fourteen under her maiden name, and even more under her married name Hilary Hale, altered following her marriage to fellow Macmillan editor James Hale. There would be a total of twenty-four Winter's Crimes as well as at least three Best Of... collections. Winter's Crimes 24 was published in 1992.

This was my Winter's Crimes anthology and I was largely disappointed. The stories are not terribly interesting, from downright bad to average. The writing level is inconsistent and while the better stories were entertaining enough, they did not surpass ordinariness. Some stories were even marred by their length, and the better ones were the few short story length tales included. These soft mysteries which function on a simple idea or twist are better suited to the shorter length, so that when stretched out much of the information feels unnecessary and misplaced. The best example of this is Audrey Erksine Lindop's "Two Bottles of Chianti," which is not terrible but overly and needlessly long.

All of the stories in Winter's Crimes 8 were first published here.

Struggling respected entrepreneur John Franklin is murdered the same day that his well-to-do risk-taking nephew Jason Denham pays him a visit to demand the return of a loan. Though the story plays out for the most part as a conventional whodunit, it diverges to present two possibilities and no real resolution. An average read with some good details, its comedy and light tone is distracting and the summary quality of its opening third is weak


Catch Your Death by Kyril Bonfiglioli. 6/10

Publisher Mr. Semphill has been growing incessantly worried over established author Cyril Fitz-Thomas's new manuscript pages that just keep pouring in, over-long and highly inappropriate. In a passionate fit he decides to visit the reclusive writer to kindly, yet firmly, settle the odd situation.

Bonfiglioli's surprisingly macabre little tale works, but would work better without the over-written and unfunny comedic preamble, not to mention the dated representation of Mr. Semphill's secretary. The little remembered author is (was) best known for a series of books in the 1970s featuring Charlie Mortdecai (as in "death decay"?) and his manservant Jock Strapp (no need to explain this one).

It is rare that I do not finish a story, but after fifteen pages into this sixty-plus page attempt at some kind of postmodern or new wave satire I had to give up. Sillyness and juvenile humour, as expected when a character's name is Stumblebum. The name best suits Cory's attempt at an amusing novella.

"I fear Greeks bearing gifts." Dutch woman Agnes Withers is living in an unnamed Mediterranean island where Greeks rule over Turks. With tensions rising, Agnes is being forced off the island by a new Greek inspector, and she calls upon her English husband to come to her aid. I was interested in this one until the husband appeared and the story collapsed into something very familiar. Prolific espionage author Haggard takes tensions between nations to produce a very small mystery tale, in which the authors sympathies are blatantly apparent and we encounter ethnic stereotypes.

Bellamy ran a "language bus": a bus refitted with listening stations in which students learned German while riding across the English countryside. The bus is discovered aground, all its passengers dead by poison, including, seemingly, the murderer.

Nice concept but the opening exposition and the sudden resolution weaken the story. Hilton was the creator of detectives Inspector Mosley and Simon Kenworthy.

Well written little story of an artist academic who becomes character witness to an arrogant sadist colleague's murder of his wife. Predictable enough but enjoyable nonetheless.

This story of romance between a pair of sixteen year-olds is a little different from the other winter's tales collected here, and my favourite of the bunch, though it isn't great or even that memorable. It is, however, well written. Even for a cynic such as I, the romantic bits were great, particularly that make-out session in the kiln. Where other than a kiln for something so emotionally charged and sexually steamy.

Narrated by a descendant of a long line of gypsy fortune tellers, this story is amusing but overly long and not too satisfying. I have the feeling the editor specified wanting longer stories, marring the potential for at least an adequate short story.

A small town Christmas Eve murder has Sergeant Moon investigating the death and robbery of Miss Patience Thompson, a much beloved elderly resident. The detective is not the only one interested, however, as the stray cat who lingers around Trinity Church seems to have an interest in the case. A straightforward mystery, predictable as predictable can be, but nonetheless an amusing short that works well for the Winter's Crimes concept.

"Sister Nemesis" starts off well, patiently and playfully, but careens into predictability. Morally proper salesman Edward Frisby-Sale is visited by a beautiful young woman who helps reveal a dark moment in his past. Morally interesting enough, the denouement removes that interest for a cheap twist. What I liked about the opening is that the generic tale of a beauty appearing at the office of a private detective is toyed with as the beauty appears at the office of a faithful and proper salesman. The mystery here is genuine, and the past reminiscences of our hero are great, enhanced by the moral conundrum. Too bad the story didn't become something else.

Posted by Casual Debris at 4:12 PM No comments: 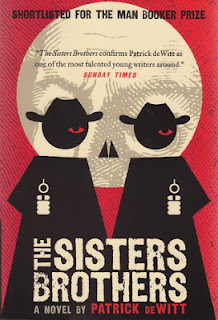