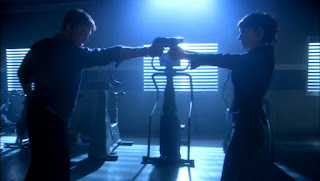 The second season's weakest entry is followed by its strongest, so far. "Lockdown" is a tense and interesting episode that veers somewhat from the normal The 4400 formula. There is no returnee-of-the-week and primarily one main focus dealing with the lock down of NTAC (hence the episode's title), while the sub-plots are for the most part not filler. The episode succeeds in delivering a tense stand alone scenario, while using that same scenario to highlight overall aspects of the series, and likely to progress future plot points, primarily by raising tensions between the returnees and the government. 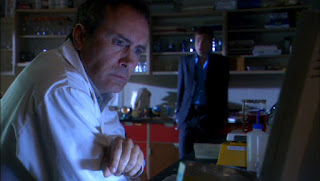 Breaking the somewhat formulaic pattern of these Casual Debris reviews, I will begin this episode by discussing the sub-plots. First of all, Shawn is attempting to unite science and faith by recruiting the eccentric Dr. Kevin Burkoff (the wonderful Jeffrey Coombs returns!); Isabelle is now talking to daddy Patrick, and evidently hasn't spoken to mommy Lily in weeks (I'd be upset too, the way she's been acting), and it appears that baby has been undergoing some secret tests at the 4400 Centre. Maia has contracted a rash, and later Shawn develops the same; both lose their powers as a result. And finally, Kyle gets laid. I mention above that the sub-plots are "for the most part not filler," and Kyle's getting laid is nothing other than filler material. There is clearly no real purpose to the scene, and I doubt his partner will play much of a role in the show, even though he tells her, post coitus, "I don't deserve you." 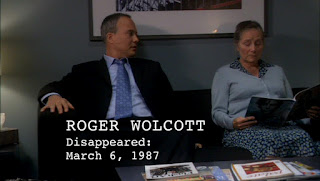 The episode opens with a dramatic montage, as Diana is comforting a sick and sweaty Maia in a gymnasium whose doors are blocked with filing cabinets and other heavy objects. Someone or something is trying to break in. It resembles a dream sequence, with lots of shadows and cold blue hues. Diana pulls out her gun, promising Maia that mommy will help, and breaking through the barrier comes Tom, bloody and stumbling, drawing his own weapon. The two face each other, guns aimed at faces like some movie poster.

The episode then jumps back in time ten hours, and it's clear that the opening sequence is no dream. The NTAC building is shut down after a virus is released through a high pitched ultrasonic screech that only men can hear. The men inside the building start becoming uncontrollably aggressive, attacking one another at the slightest provocation, and amid the chaos Jarvis takes a bullet in the shoulder. Meanwhile, a team of field enforcement officers are in the building, having just been introduced as backup for the agents. These men, led by Major Culp (Roger R. Cross), take over and try to handle the situation, killing a returnee in the process, a Roger Wolcott who was visiting for his mandatory check-up. The thing is, it's made clear that the virus was spread by a returnee, and these cold agents are attempting to eliminate every potential suspect. Wolcott's death brings our remaining returnee count to 4394. 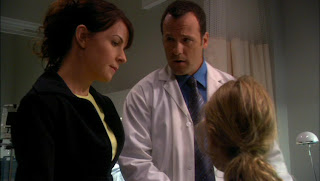 I won't drown you with the rest of the episode's details, and we're pretty certain neither Diana, Maia or Tom get hurt. The idea that a 4400 ability is used against NTAC heightens the notion which Jordan Collier spouted on about, that there is a war looming ahead. The episode leaves behind a few corpses and presents the returnees as potential terrorists. It is an act of terror, the victims insist, and the government will likely not become more sympathetic toward the 4400 cause.

This is precisely why the episode works. As a stand alone episode it is tense and interesting, and yet it also helps to mount the rising tensions between the 4400 and the "normals." Along the way we are treated to the return of Dr. Burkoff, and are introduced to a positive and sympathetic character and a potential love interest for Diana, Dr. Max Hudson (Tom Verica), who is looking into the strange rash that Maia has developed.


The episode was written and directed by Douglas Petrie, who also wrote the much weaker episode "Carrier," as well as numerous episodes of Buffy the Vampire Slayer.

Posted by Casual Debris at 6:04 PM