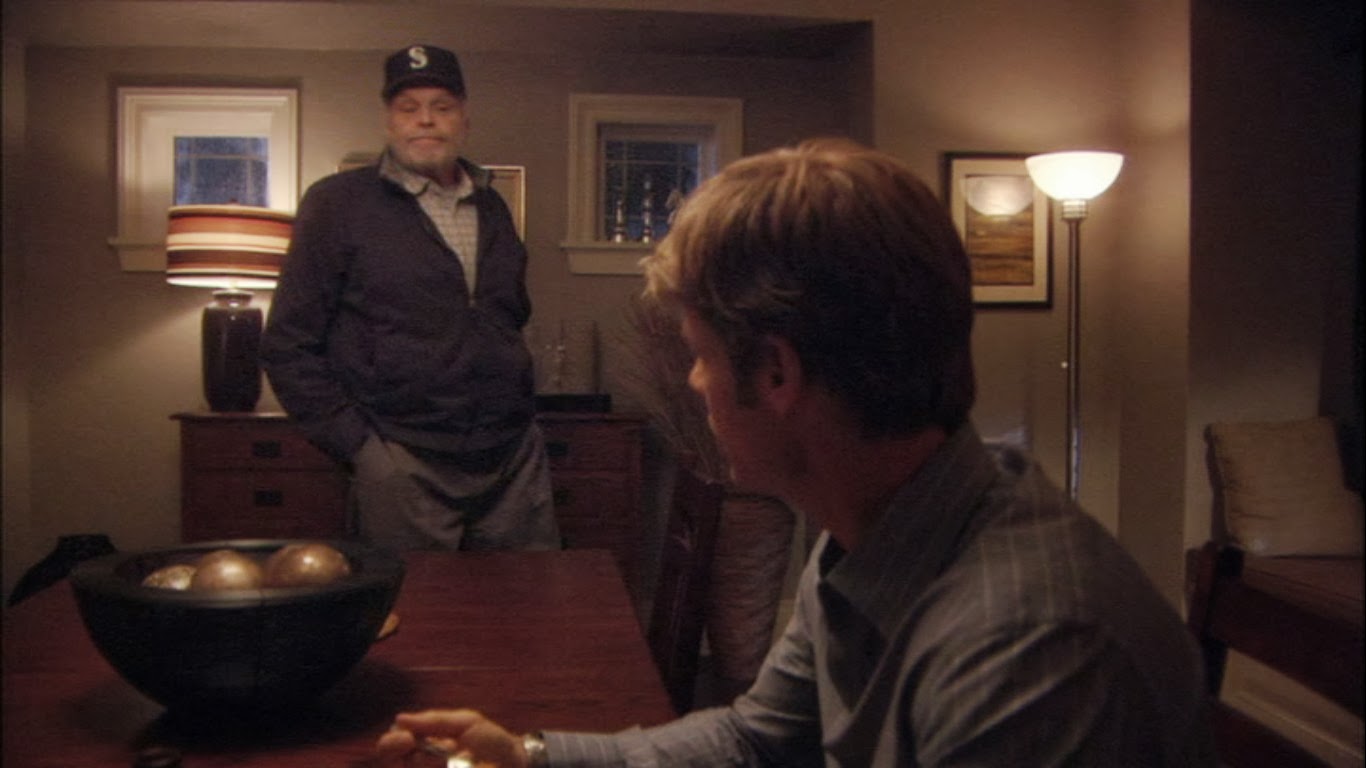 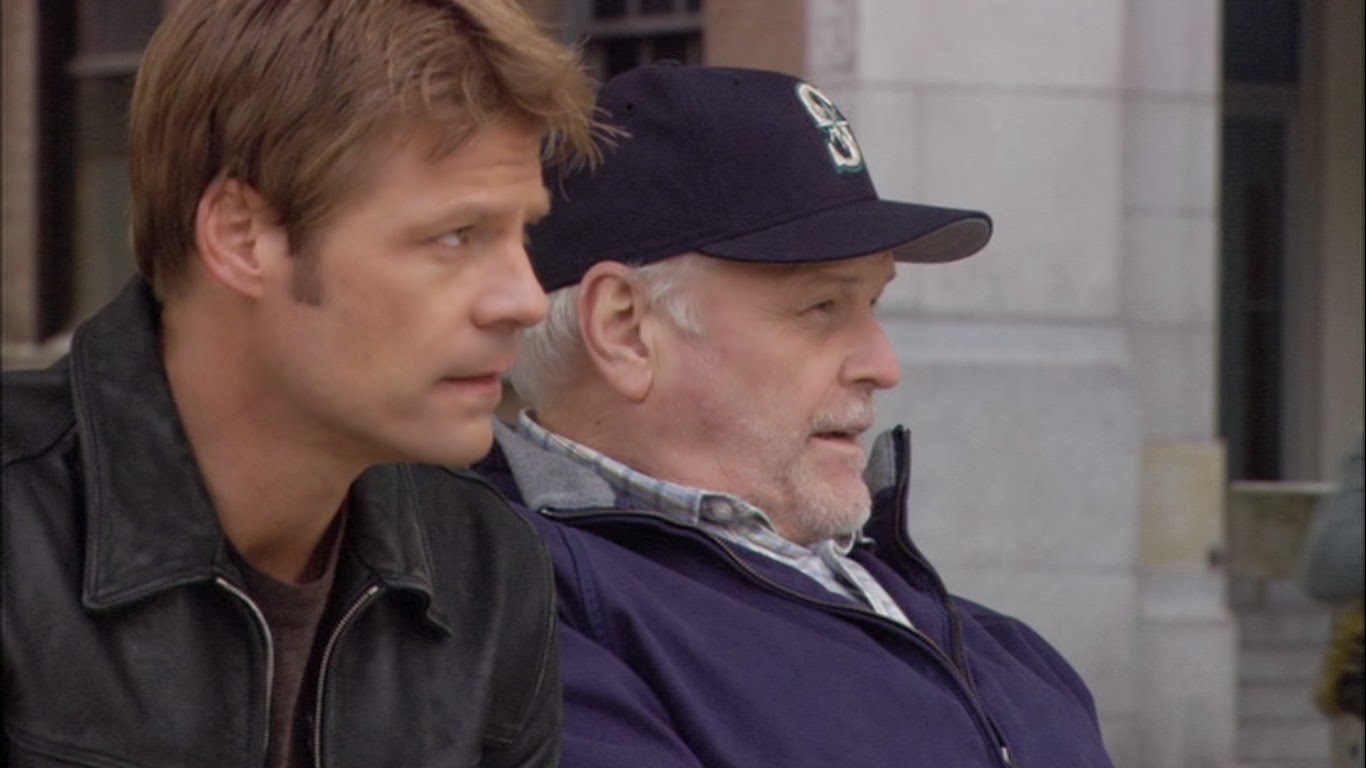 Frequently television shows will insert a single-standing episode that is mostly removed from the main episodic thread in order to focus on character. A prime example is the short-lived series Odyssey 5, whose excellent entry "The Choices We Make" (ep. 1.6) features our five heroes taking time off from searching for invaders intent on destroying Earth in order to face up to the lives they might have led had they not been made responsible for saving mankind. In The 4400's "Blink," lead characters Tom Baldwin and Diana Skouris must confront the ghosts of their pasts when some cookies have infused them with vivid hallucinations. Tom is led to confront his relationship with his deceased father, while Diana is forced to face up to her back-stabbing former fiancé. The episode is a welcome change of pace, while nonetheless incorporating The 4400 elements. This plot-line easily overshadows the Isabelle/Shawn engagement.

Via Tom's cookie-induced hallucinations we learn that he has issues with his hard-ass cop father, well played by tough-guy Brian Dennehy, a nice acting coup for the series. It doesn't matter that the story-line is common and sentimental; the two actors work well off each other and the idea that the father hallucination is tagging along on the investigation is amusing. No one is expected to cry at the denouement, but it is nice to see Tom's sensitive side, which was pretty much limited to a shot from season two of him rocking baby Kyle, telling son it'll all be okay. Or to those often awkward lovey moments with now on-the-run wife Alana. 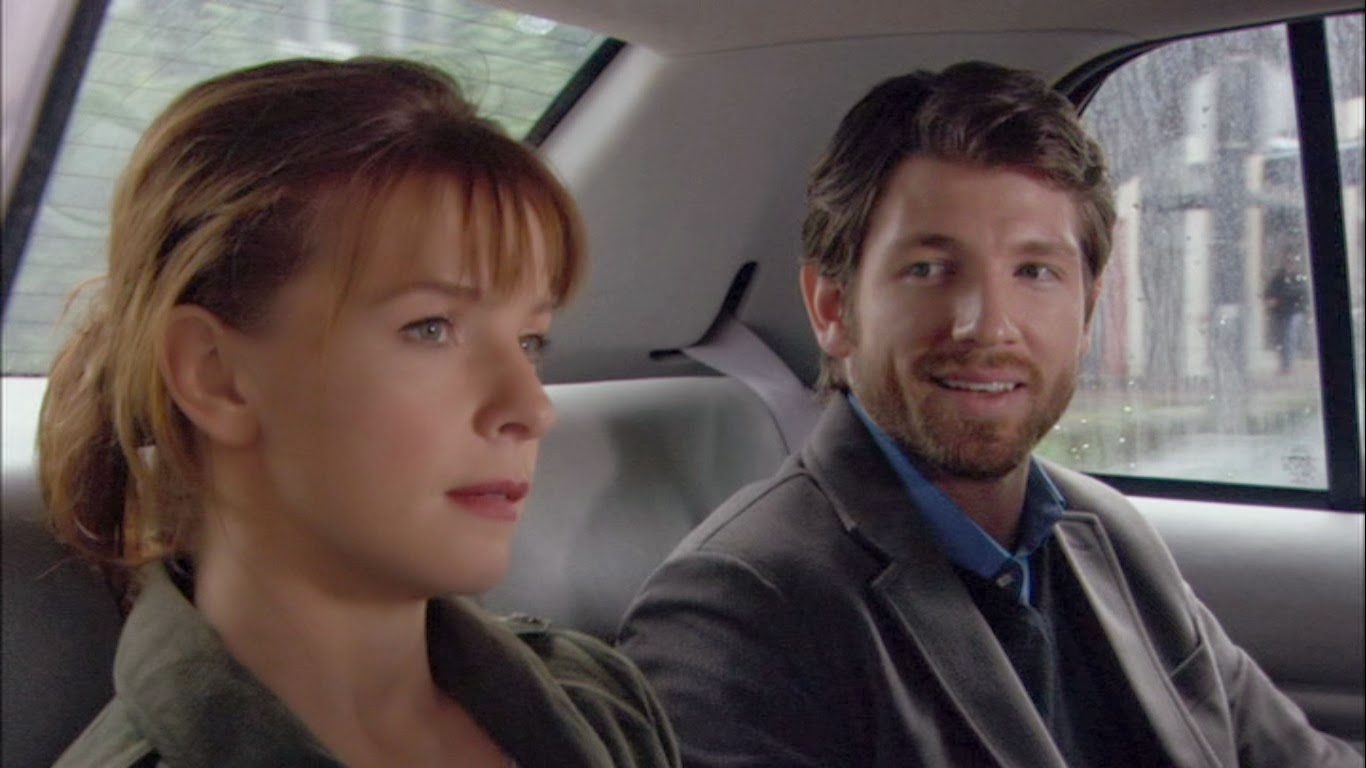 For Diana it's her almost husband Josh Sandler who is haunting her, and through this encounter we learn something important about Diana: she has commitment issues. Though not at all considered in the episode, her commitment issue are nicely counter-balanced with the fact that she adopted Maia. Since she has no prospects of a husband, being so incapable of committing, her attachment to Maia's becomes so much more integral to her existence, and even makes the episode "Gone (Part II)" more accessible. Confronting these issues results in Diana's having to face herself, and having to dump Marco, a nice guy she is evidently leading on. I am comfortable with this act, particularly since I never felt that Diana and Marco were a true item. The chemistry just wasn't there. Even hallucination Josh recognized this.

The business behind the cookies is interesting: returnee Naomi Bonderman produces a kind of resin that leads people to experiencing hallucinations and forcing them to confront past issues. Unfortunately in some cases, like the episode opening sequence, this can involve traumatic memories of sexual abuse inadvertently leading to a person's death. Bonderman's resin was stolen and baked into some cookies, and while the identity of the culprit is apparent early on, I do like the motive. Described as a wayward young man, he was just trying to help people. Yet it isn't clearly explained how this resin was transformed into the drug named blink. Did our nice guy culprit sell a portion to some dealers, or did the dealers acquire it elsewhere? 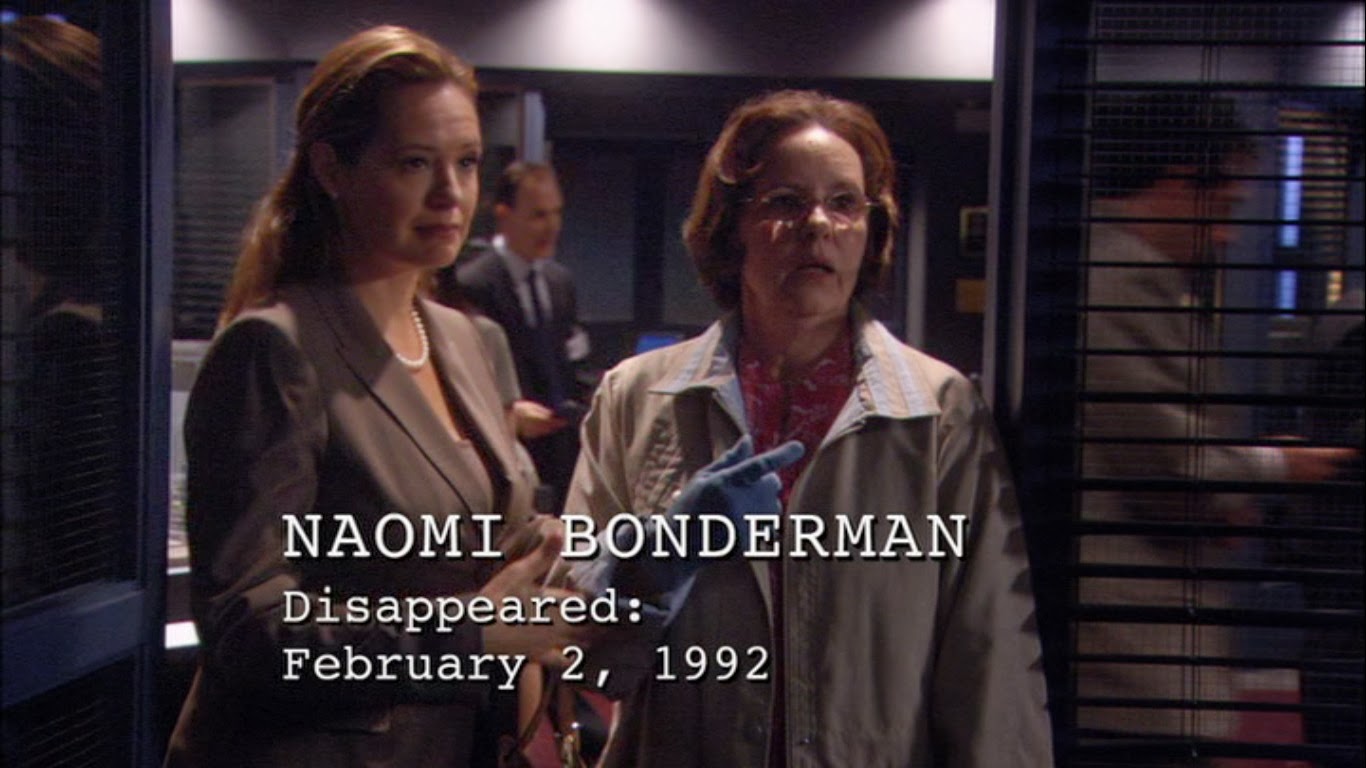 There is some silliness to the episode, as expected. Whereas Tom quickly identifies that he is on blink, likely consumed from the mysterious cookies he received (duh!), he is nonetheless convinced that his deceased father is sitting in the back seat of the car. Diana is again given the good comedic lines: "I had a cookie too and I'm not seeing dead relatives." We also get to see Tom and Diana separating to investigate different aspects of the crime, but obviously this separation is so that they can each be alone with their issues/hallucinations. Obvious but necessary technique employed by our writers.

The opening, with the creepy "It's okay. Uncle Patrick's here," is effective and reminiscent of openings often employed by The X-Files. Patrick is a ghostly figure, appearing only in niece Erika's mind's eye, as objective bird's eye shots reveal an otherwise empty rooftop.

`
In this episode Isabella and Shawn become engaged, and while both Shawn and Richard are opposed, they also both fear what the devil girl will accomplish if they oppose her mad wishes. It's good to have the interesting blink plot interspersed with the less-than-interesting Isabelle sequences in order to simply save the episode from the dullness the Isabella threat and Shawn submissiveness has become. I am at a point where I'd like Tom or anyone to do away with Isabelle. Take Shawn out too, at this point. I do wonder why the people of the future haven't punished Tom for breaking his part of the bargain in freeing the abducted returnee kids in "Gone (Part II)." And nothing has come of our hero presenting himself as being a man against his word. 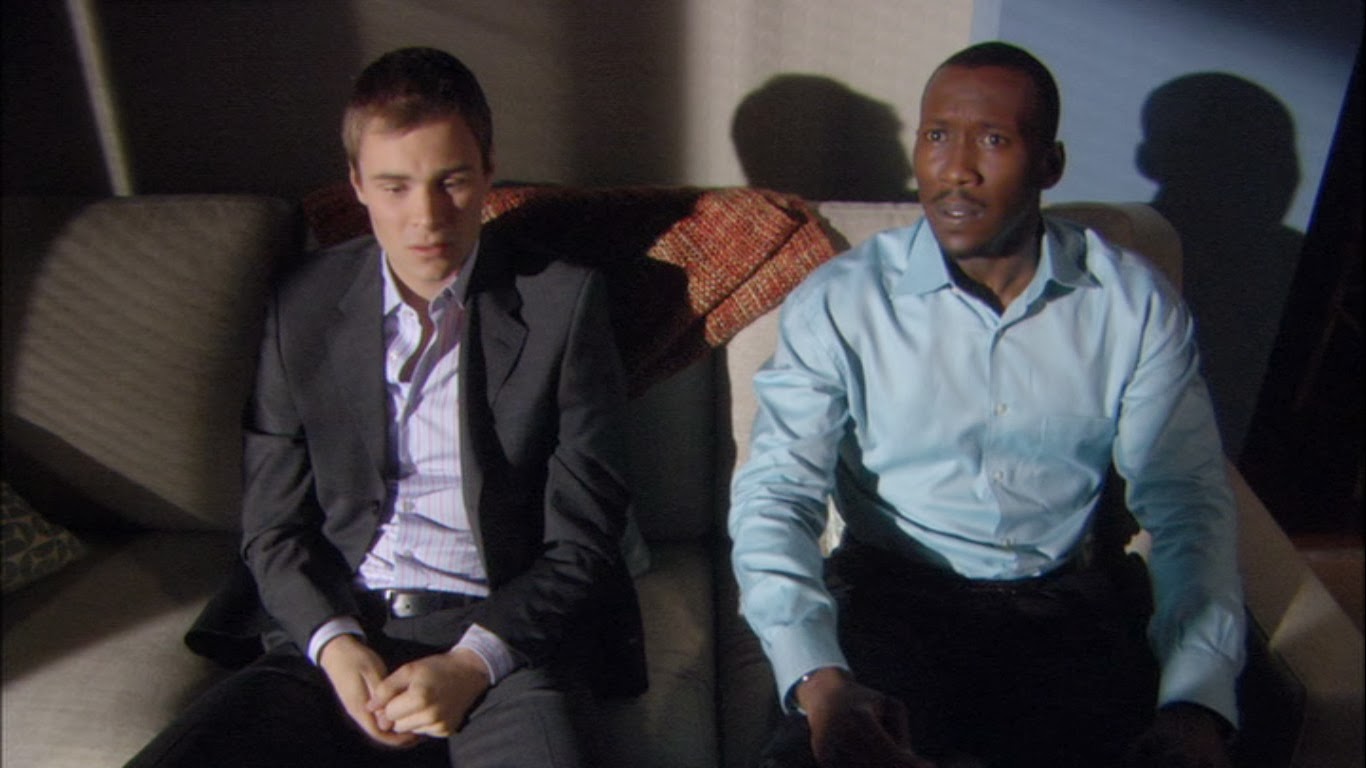 "You can move things with your mind," Shawn says to Richard, the first reference to the latter's telekinetic ability since we first learned of his power. This is probably foreshadowing something to develop soon.

A good episode, the strongest in a while.