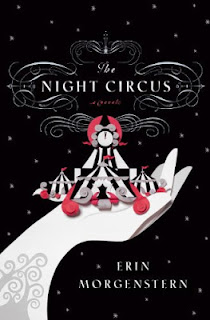 The enticing cover is by Helen Musselwhite


There is a lasting cultural tradition linked to the circus, both as concept and in fact. While circuses no longer generate the kind of interest from visitors they once did, what with the incredible alterations to our sources of entertainment, particularly as affected by modern technology, as well as our evolution from primitive gullibility, there still exists within pop culture a fascination with the circus. Whether it be an unfortunately short-lived series such as Carnivale or a persistently beloved novel such as Ray Bradbury's Something Wicked This Way Comes, even if we haven't visited an actual circus, replete with acrobats, animals, a bearded lady and numerous clowns, we are drawn to visit them via representations of circus. Everyone has gone to the circus: Charlie Chaplin, the Marx Brothers, James Bond, Dumbo, Brother Cadfael, vampire hunter Anita Blake, Batman & company, Cecil B. DeMille, Federico Fellini, John Wayne, Curious George and so forth. The circus permeates our imagination and offers so much possibility.

Though it is a circus as far as spectacle is concerned, The Night Circus adopts more of a Cirque du Soleil approach rather than a Barnum & Bailey approach, replacing more traditional circus elements with a specific type of performance. The acts in The Night Circus, like the acrobatics of Cirque, are very real; nothing like Barnum's "sucker" displays.

Unfortunately, despite a few good ideas and some nice touches, Morgenstern fails to generate wonder with her overly manipulative and consistently under-achieving novel. In the Morgenstern circus the only awe I experienced was with the consistent anti-climax of the carefully generated suspense. The author and marketing department claim there is a competition in the works, bitter and fierce, and yet the competition is illusory, vacuous and even comical. Our male competitor, the dense and dull Marco, knows his competitor is Celia, who is unaware that he is her rival. For over a hundred pages we wonder how she will discover the identity of her bitter competitor, someone she has been told to watch out for throughout most of her life, until finally, in comical fanfare he walks up to her and... tells her. What a reveal! Appropriate for the lunacy that is the circus of the night.

Moreover, Marco is a despicable male counterpart to Celia's ordinariness. Ultimately a selfish and immature boy, he treats his first woman poorly, even cruelly. Psychologists can tell us that a boy reveals himself in his treatment of his first partner, and if Marco's treatment of Isobel is indicative of his future relationships, then the limbo that ensnares Marco and Celia will prove to be a hellish eternity for the latter.

My greatest discovery related to this novel is how, as time passes and distance is created, I dislike this book more and more. At first I thought it dull and unnecessary, granted with some minor good points, like clock-maker Friedrick Herr Thiessen and a few scattered visuals, whereas now, a week or so after completing the novel, I am straining to control my fingers from spewing expletives, something I tend to do only in conversation.

The convenience of character and events allows the novel to unfold in a less than magical, obviously mechanical way. I wondered at its identity: can one class this as young adult, or would most young adults be bored with pages of description, its blacks and greys? On an emotional level the novel is certainly less than adult, as even promising characters such as Bailey are fated to become under-utilized and end up existing only as necessitated by the outcome. I continue to wonder who this novel appeals to and why it is so appealing. Reviews at Goodreads are mixed though the rating is fairly high, and, if we are to gauge by avatars, seems to appeal to all ages.

Ultimately, The Night Circus puts its audience to sleep.

Posted by Casual Debris at 5:34 AM

Unknown said...
This comment has been removed by a blog administrator.
14 April, 2015