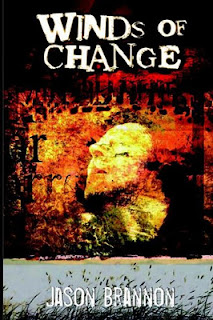 A neat premise and a few promising details are all that that this short novel has to offer. A group of people are trapped inside a hardware store while the people outside are mysteriously transforming into piles of salt. Characters speculate as to what is causing the strange apocalypse, with chemical agents of terrorism or God's judgement being the prime suspects. The main problems with the story are weak writing, poor characterization, inattention to detail, wholly absent atmosphere and wasted plot opportunities. (Pretty much everything other than its premise.)

I love stories of small groups of people trapped in a small space with unusual and deadly activities going on outside. The first work that came to mind when seeing the premise for The Winds of Change is Stephen King's well-written novella "The Mist" (1980, arguably his best work), but of course there are numerous others, such as David A. Riley's short story "Lock-In" (2006, reviewed here), and various films from Romero's zombie trilogy to John Carpenter's excellent films "Assault on Precinct 13" (1976) and "The Thing" (1982). While many of these stories share similar plot points and unavoidable details, such as issues facing food, what makes each story work is essentially their focus on character, a focus completely lacking in The Winds of Change.

We have a dozen people who spend most of their time bantering and hypothesizing between two points. The characters are bland, flat, and they all sound alike. The first thing Brannon should have considered is using a third person narrator. The first person narration does not work, as the character is an everyday faceless figure, a non-character really, who is completely unreliable as a leader (or leader wannabe). I don't care if the main character of such a story is heroic or a hard-case, but he needs to be something, and this guy is irritatingly not a thing. For one thing, he spends so much time wondering what has caused this phenomenon rather than trying to figure out what to do, and thereby leaving the reader to wonder for him or herself. That is called suspense. Bantering between points is called a headache. The narrator of such a story needs to act and not just observe; the readers are the observers, the ones incapable of changing the course of the story. Or of the winds, of you prefer. 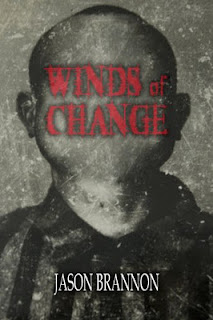 The detail lacking is very simply in the location. Place an important aspect of such closed-in stories and the reader needs to be able to see the hardware store so clearly that it almost becomes the thirteenth character. Yet we see nothing, and I can't even tell if this is a massive hardware store you might find just off the highway, or a tiny place just around the corner where you head to when you're out of light bulbs or when you need a screw. (Not that kind.) Three employees makes me think it's a fairly small place, but there's a generator and a skylight and they sell blowtorches... I was expecting someone to fall into a swimming pool or say, "Hey, why don't we all climb into that chopper!" But I digress.

And then there's... I'm gonna stop here. Though those two sudden deaths near the end bothered me. It was though the author thought he couldn't leave so many characters alive, so why don't I casually knock off a couple right here as an aside and see if anyone notices.

Email ThisBlogThis!Share to TwitterShare to FacebookShare to Pinterest
Casual Labels: Winds of Change