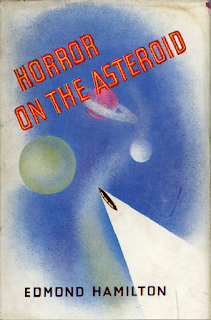 Posted by Casual Debris at 4:16 PM

Email ThisBlogThis!Share to TwitterShare to FacebookShare to Pinterest
Casual Labels: Hamilton Edmond, Horror on the Asteroid