"It was a battered old book bound in red buckram."

"Midnight Express" is a semi-known classic dark tale about a twelve year-old boy who, against all rules, removes a book from his father's shelf and sneaks it, along with a tapered candle, up to his room late at night. There is a single illustration on page 50, a dark print of a man standing on an empty railway platform "lit by a single dreary lamp," and this illustration scares the boy so intensely that he must pin the pages together in order to avoid it. He tries to read the book night after night but keeps falling asleep, and the following day can never remember any of its details. Eventually he forgets about the book, but recalls it suddenly thirty-eight years later when he finds himself one night in a dark railway platform facing a shadowy figure standing beneath the single lamp post.

I first came across "Midnight Express" in that impressionable era of pre-teenhood and discovering the world of Alfred Hitchcock anthologies. I was slowly making my way through the excellent Alfred Hitchcock Presents: Bar the Doors, and while I was enthralled by nearly all the stories in this collection, there was something about this particular story that gripped me. First of all it was particularly dark; the entire piece played out amid shadows and candlelight or beneath dreary railway lamps, with figures hooded or half hidden. The protagonist himself is shaded, and we learn so little about him that we might ourselves be that lonely twelve year-old boy or that fifty year-old adult. The story is quite surreal, open to different interpretations, whether as allegory or ghost story. Oddly, though the story affected me then, I could remember little about it outside its startling premise, a neat affect that ties in well with the closeness the reader has with the character. Re-reading it as an adult I can attach significance to the minor details and piece it together as not only a strong supernatural tale, but as an effective allegory.

(Spoilers ahead: read it at hypnogoria.com before reading this paragraph). The twelve year-old boy is unable to read beyond a few pages and certainly not up to the dreaded page fifty that contains that frightening illustration. Thirty-eight years later he finds himself in that illustration. Twelve and thirty-eight make fifty, so that a page of this book equals a year in the boy's life. Logically his twelve year-old self is then only able to read until page twelve prior to falling asleep. The railway platform is a "junction," a kind of crossroads in the man's life, and the dark figure he sees turns out to be himself. He flees and ends up in a small cottage where a hooded figure leads him to a room where he once again comes across the old book, and as he reads it he goes in circles and circles until he makes a discovery: the hooded figure who owns that house is also he, and in a panic he strangles his "tormentor" and in turn is strangled himself. The sound of the grandfather's clock intermingles with the "ah" of the sea "on a distant coast, thirty eight years ago," so that he is brought back in time, and though it appears that he has escaped from the pattern of the book, or of his life, he is only forced to begin it once more, or to relive it for eternity. Perhaps he is a ghost forever haunting himself in that wayward cottage, or perhaps he cannot escape his destiny, and must settle in playing out the patterns of his life.

We can argue as to why he is destined to be so tormented. Perhaps it is for the crime of taking the book from his father's shelf in the first place, since we are told it was not allowed, or maybe it is a warning to everyone that our destinies are set and we cannot break from the predetermined life which we must pursue. Either way what is remarkable about this story, other than the tight and economical writing, is its multi-layered themes and the many possible interpretations it evokes.

Alfred Noyes (16 September 1880 - 28 June 1958) was primarily a poet, but also an essayist and lecturer, and has written at least two novels. He has not published many short stories, and has another ghost story that has perennially appeared in different anthologies, titled "The Lusitania Waits" (New York Tribune, 31 December 1916). His birthday is in two days. It is clear he is capable of handling different genres, and there are some truly great lines in this one. What reveals his skill is the impenetrable darkness this story displays, and I can remember as a young boy being disturbed by the darkness as much as by the story's creepy events. The story never fell into obscurity, but it did seem to receive some revival in the late 1960s, and has appeared steadily in anthologies since then. Being a suspense story set partly in a railway station, it naturally fell onto the contents pages of three anthologies focused on trains and their stations.

I am sure I will continue re-visiting this story every few years, and perhaps I too will continue to forget its details despite being gripped each time I pick it up.

Though little known to contemporary audiences, the story is well respected as evidenced by the fact that it has been included in anthologies edited by a number of well established editors. Here are covers for some of the books "Midnight Express" has appeared in: 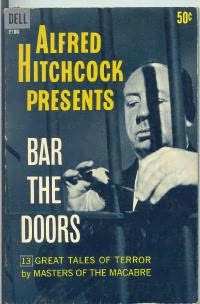 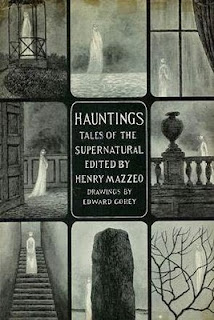 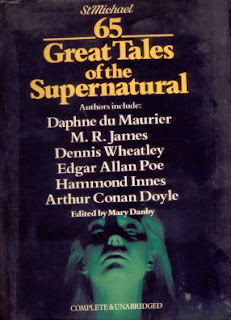 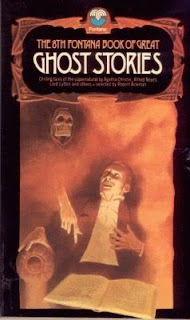 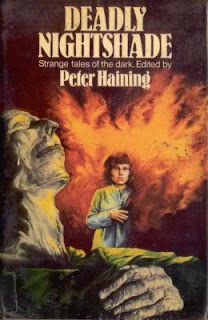 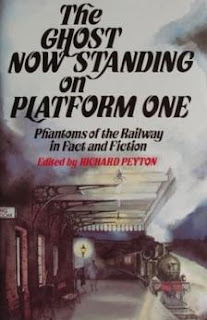 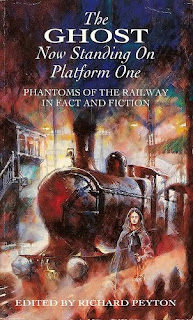 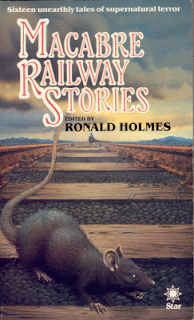 Like you, I discovered this story in "Bar the Doors" when I was about 11-12. It's still creepy today.

Absolutely. I re-read it again a few days back. Need to edit this article though.

As you might've seen by now, I first read it in Henry Mazzeo's Gorey-illustrated antho HAUNTINGS. I'm not sure a story this often reprinted is little-known, but people can forget everything.