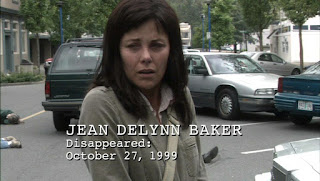 Following last week's divergent episode, we have returned to the returnee of the week formula. Jean DeLynn Baker (Sherilyn Fenn) is a manic depressive woman who has the power to wipe out countless people via a virus that is emitted like spores from nasty blisters in her hands. After wiping out her small town community in Oregon, Baker is on the run, leaving bodies in her path, while NTAC do-it-alls Diane and Tom are in hot pursuit. This sub-plot plays out like the X-Files episode "F. Emasculata," with its near-bursting blisters ending in a gunshot. Tom mumbles something about the ripple effect but I doubt we'll hear much of this incident in future episodes. With Baker's death the 4400 has fallen to 4396 (or 4397 once JC returns, which I still believe to be imminent). 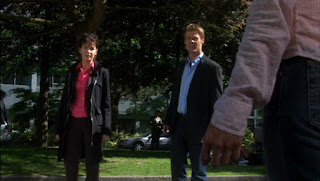 Elsewhere in the lives of the 4400... Maia's Aunt is using the poor little predictor in order to win easy cash from sure thing bets, and Maia suspects that her aunt only likes her for her talent. Meanwhile, Diane delivers a fake Maia diary to the people at NTAC, which was forged by that goofy guy that likes her, Marco. 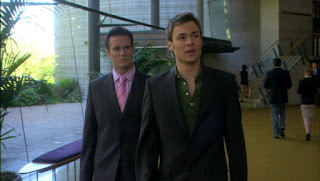 At the 4400 Centre, Shawn is lost. Without Collier the centre is struggling as is its young healer. Enter Matthew Ross (Garrett Dillahunt) to save the day. Yes, more Jesus references are brought in with a replacement named "Matthew," but this dude's more of a businessman than a cult leader, sporting striped shirts and colourful matching ties. Matthew steps in to advise Shawn, but really he appears to be taking control. The man is not unknown to Shawn since apparently Collier had mentioned him as a go-to guy. At first Shawn is grateful for the man's involvement, but soon feels Matthew is another Collier, and makes it clear that he is unwilling to be manipulated by him the way he was by Collier. First he is determined to leave, but later, with Lily's help, decides to set up a foundation to help needy people. 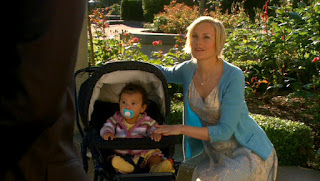 Patrick is apparently travelling, leaving Lily to commit terrible atrocities. It turns out that she is in collusion with Matthew in keeping Shawn at the centre, since the foundation idea was actually Matthew's. Turns out neither Lily nor Matthew believe in the 4400 cause, and Lily only wants daycare for her daughter (which is odd since Lily, prior to this episode, isn't working). Lily's worst atrocity, however, is her poor English, as she delivers  a laugh-out-loud phrase, and I'm surprised no one on the set caught this. Referring to the letters Shawn receives daily, begging for him to cure them, Lily says: "Each one is sadder than the next." It should be "...sadder than the last," in that each new letter gets sadder and sadder. But what Lily is actually saying is that while the first letter is very sad, tragic even, the next one is still sad but not as much, and the next even less so, and so forth until the letters eventually start becoming quite happy and eventually ecstatic.

Meanwhile, in the land of Kyle, there is much bonding between him and Alana. He is troubled by the alternate self that existed in Tom and Alana's eight years together, feeling as though he can never accomplish what the other Kyle has. The episode ends with him experiencing partial recall of his involvement in Collier's murder, and it turns out a building janitor actually got a good look at his face. 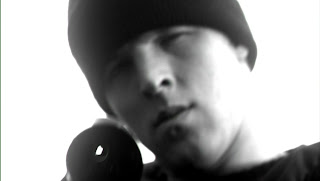 Overall the episode lacks originality, and despite that one surprise concerning Lily, falls quite flat. While I like Kyle and find his thread the most interesting at this stage, the bonding was awkward and the insecurities fabricated. I put this down to weak writing. The episode suffers not only from weak writing, but also from a sub-plot that is just not very good, with artificial tensions that are never truly achieved. 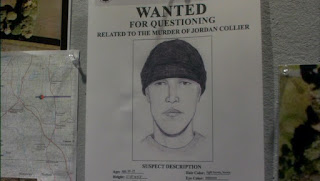 Posted by Casual Debris at 5:42 PM