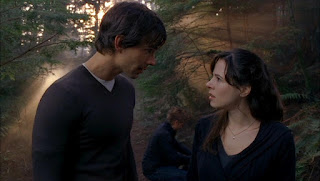 For the nonsense that is episode ten, please go here.

"Sigh" is certainly the appropriate title for the final episode, but not for the intended reasons. My sighing is from utter disappointment. I wanted very much to like this series, and I tried hard, forgiving some terrible dialogue and ridiculous scenarios. I was hoping for a tongue-in-cheek or even campy series with a group of self-obsessed stereotypes getting knocked off at a regular pace. Unfortunately the show took itself too seriously, and its stupidity shone brightly through its massive plot holes. It was during episode ten when characters were acting out of character that I decided it didn't matter who anyone thought the killer would be, since you can simply take any random character from the show to fill the role. Nothing during the series pointed logically to any character, no real clues or anything, and with two killers the writers were able to stick the guilty wedding party member in any scene since Wakefield was backup for any murder. Idiotic, really.

With Charlie's blessing at the final moments in episode ten, it was clear Jimmy was not the killer, leaving Henry the obvious choice. It also left me uninterested, even though I kept writing that I wanted him to be the killer, and I hurried through the last three episodes not caring and wanting it to end. 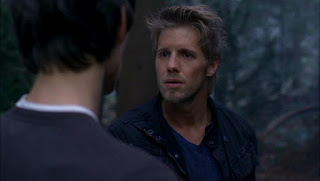 The series did feature some great scenery, a gorgeous house/hotel and some fine acting, particularly by the stunning Elaine Cassidy as Abby Mills. I also liked Matt Barr (pictured) as best man Chris "Sully" Sullivan, who shone particularly in the last few episodes, and I hope he gets better opportunities soon. I also liked Cassandra Sawtell as Madison Allen, who showed a wide range of talent by being creepy, disturbed, bratty and even innocent at times.

"Splash" began with a bloodbath that lacked excitement, finishing off bartender Nikki and Shane. As I suspected, Shane showed some heroics leading up to his demise. The Cal and Chloe death sequence was utterly nauseating, and while I liked Cal throughout the show this scene just made want to climb up to that bridge and throw everyone over. The situation was so utterly contrived, the unexpected music downright awful and completely inconsistent with the rest of the series, and I can only imagine the writers/creators/producers thinking how clever and original they are. 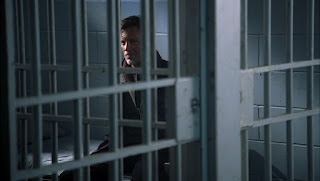 "Gasp" left us with four pairings, a trapped Wakefield and two deaths. It also revealed the group's idiocy, since they take Wakefield to the police station prison and keep his hands tied with belts. Did anyone not think that a police station just might store a few handcuffs? But of course the writers are only concerned with the fact that Wakefield needs to escape. 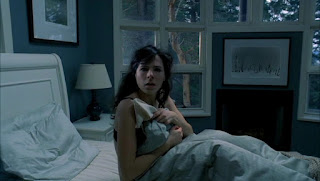 In the final episode "Yawn" -- I mean "Sigh" -- things get even more stupid. So stupid I don't even want to write about it. Henry locks Abby into a house, thinking perhaps she'll fall in love with him and stay with him there forever. Sure someone can be that sick, but I don't buy that someone would act at being normal for so many years, stage a wedding to get some girl back on the island so he and his father can massacre everyone, then he turns on his father in order to try and trap another woman... There are simpler ways, and more direct ways, especially when it comes to love.

The second time Abby visits Jimmy as he's cuffed to a beam in a shed, she leaves him a small bit of metal via a kiss, which he can use to unlock the handcuffs he's wearing. How did Abby know he was cuffed? He could have been tied up with a rope, and then imagine how useful a bit of metal would be. Also, imagine how much better THAT ending would've been. 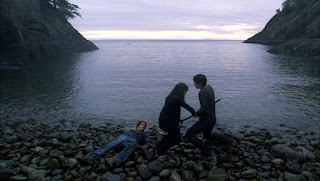 You did indeed, Todd, as did others (but you were the first). I wanted to be odd-man out, the "different" one, the nonconformist... but I'd rather be ordinary rather than admit to liking such trash.