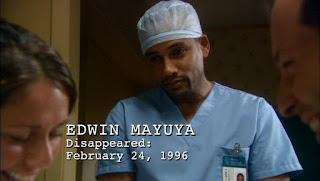 Given the title, I was assuming Jordan Collier was returning this episode, but I was fooled. Rebirth refers to 4400 member Edwin Mayuya (Hill Harper), a nurse with the ability to repair the cells of babies who were supposed to have been born with mental or physical deficiencies. NTAC wants to study him, and the 4400 Centre wants him in their midst, but complications abound when it turns out he was a surgeon in Rwanda and a bystander at a massacre at his own clinic during the 1994 Rwandan Genocide. His involvement riles communities and causes a division between level-headed Diane and the emotional Tom, who wants him extradited for execution. An interesting idea all around, but the delivery lacks the moral depth that the writers are trying to generate. What do you do with a man who participated in one of the most horrible events of recent history who simultaneously has the ability to cure unborn babies of various diseases? Moreover, it turns out that whenever he cures a child his own cells are damaged, so that the act of curing others is an act of self destruction. Perhaps if less time were spent on other threads this one could have been better developed, but sadly the devastating tragedy of the genocide is treated as standard television fare. Moreover, Edwin finds himself at the 4400 Centre, healing babies and dying, but why hasn't anyone thought of the possibility of healer Shawn healing healer Edwin so that more babies could be made healthy?

With the assumption that Edwin Mayuya is dead, that shrinks the 4400 hundred count down to 4395. Actor Hill Harper, best known for his role in CSI: NY, appeared in the Twilight Zone episode "Shades of Guilt," reviewed here.

Richard is back in episode eight but Lily is nowhere to be seen. It's as though the writers are implying that things are not grand in their world by keeping them apart on screen. What I find odd is what happened with Lily's first daughter Heidi? In episode five she was dying, potentially at the hands of baby daughter two, but we haven't seen hide nor hair of her since. 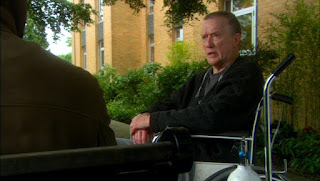 In this episode Richard is reunited with his war buddies at the death of one of their numbers. He cuts a striking image among the elderly veterans, but they accept his as he was, while Richard, being conscience-ridden and curious about the vast aspects of human nature, wants to meet with his old nemesis Lee Kendall (Luke Askew), the man we saw punching him in the pilot episode. This thread, though brief, is far more effective than the returnee-of-the-week feature, with fine acting by both Askew and Mahershala Ali. The writers do well to leave this unresolved, for it is a conflict with no possible closure.

A veteran character actor, appearing in Cool Hand Luke (1967), Pat Garret and Billy the Kid (1973), and a variety of television appearances, Mr. Askew passed away earlier this year at the age of eighty. 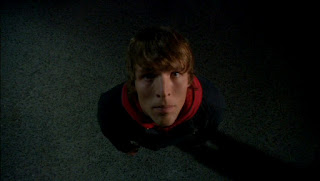 Meanwhile, in other neighbourhoods of the 4400: Matthew convinces Shawn to reunite with his family and repair bonds with brother Danny, while Diane tosses sister April out for having used Maia. I wonder what the purpose of April's character is, other than perhaps to give Maia something to keep her busy with while Diane is working her long hours. Lily and Alana do not appear in this episode, and we haven't seen Liv since The Godfather doors closed on her pretty face. And I miss Jordan Collier.

Saving the best ongoing thread for last. Kyle is continuing to recall the events of Collier's assassination. He visits the building from where the shot originated and the janitor who saw him at the shooting recognizes him. Tensions brew between him, Shawn and Danny, and the two concerned brothers convince cousin Kyle to take shelter at the 4400 Centre. Ironic since Kyle killed their cult leader. Instead of seeking shelter, Kyle altogether disappears. 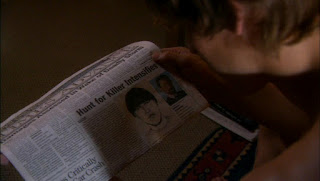 Posted by Casual Debris at 2:18 AM