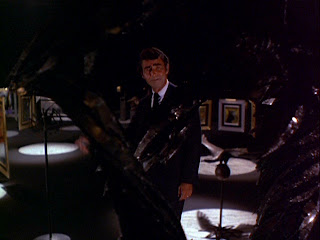 
Similar to the previous episode, this one delivers one excellent segment alongside a good segment, as well as two weak comedic skits. Two versions of episode two have seen air time: the original ending with the skit "Witches Feast" and another with "Satisfaction Guaranteed." The second version replaced the former during the episode's rerun on 22 March 1972. The version I watched is from the Season Two DVD and contains the second skit; I will add "Witches Feast" when I've had a chance to watch it.

With the exception of the second comedic skit, each segment of this episode was directed by Jeannot Szwarc, who directed and continues to direct episodes for several television series, including many more for Night Gallery. He was also behind the camera for some disasters during the 1980s, such as Supergirl, Santa Claus: The Movie, and Jaws 2. 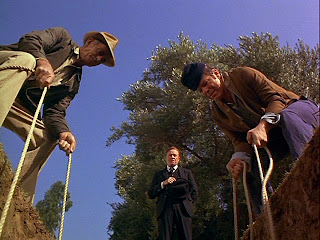 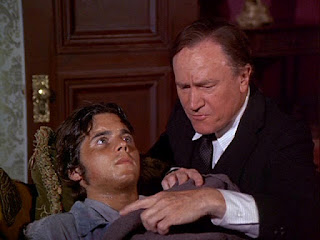 Lonely and sentimental middle-aged funeral parlour director Jared Soames is saddened by the arrival of the corpse of an eighty-one year-old man who has no mourners, no flowers, but only a hundred dollars' worth of state funding reserved for its neglected citizens. It is clear from the start that Soames has somewhat alternative ideas for this particularly body.

In the meantime a young, uncared for recently escaped murderer finds his way to Soames's cozy parlour-home, and Soames, caring as always for the neglected, decides to help him out. The denouement is less than surprising, but the segment is nonetheless a pleasure to watch thanks to E. G. Marshall's wonderful performance as Soames, alongside a great set and a few good camera angles. Unfortunately some of the corpses are obviously breathing and even moving, nodding their heads as though concurring with Soames's twisted ideas. Weak also is the poor choice or music. Parlour music, if you will. 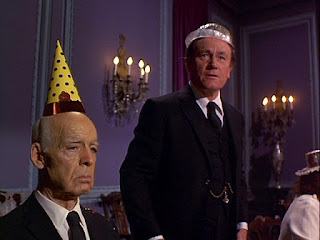 E. G. Marshall is unfortunately not too well remembered, despite numerous memorable roles, including juror four in 12 Angry Men and nearly stealing the show as Upson Pratt in Creepshow. He made a good living actively appearing on most major (and some minor) anthology series in the 1950s, with several appearances throughout many popular dramas and mysteries, and appeared in both the original and the 1980s remake of Alfred Hitchcock Presents. Desi Arnaz Jr., not a great actor but a better theatre aficionado, is just okay in his role as escaped convict Doran. Character actor James B. Sikking is quite good in a small part; he's best known for his role in the revolutionary Hill Street Blues, and has appeared twice in the original The Outer Limits. There is also a small part for Noam Pitlik, longtime television director who was behind many episodes of the great Barney Miller. 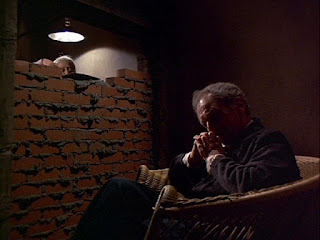 While the first two comedic segments (from episode 2.1) borrowed from Bram Stoker and Gaston Leroux, this one tears a page from Edgar Allan Poe. An elderly man is seated silently but agonizingly in a chair while his dear elderly wife is erecting a brick wall between them. She is trying to comfort him, telling him that it is for the best, that it will put an end to the constant pain, death will be swift and not to worry, but think only of the good times. The punchline is evident from the start since there is only one possibility. Still, I will not give it away.

The wife is played by comedic screen legend Imogene Coca, who I loved watching as a kid during the mid-1980s in reruns of Your Show of Shows on some public station. Coca also appeared on anthology series throughout the 1950s, as well as on Wide World of Mystery and Monsters. Husband King Donovan is long-time comedic and dramatic actor, not well remembered despite a long career and being an all-around entertainer. 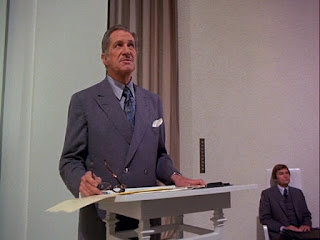 In the future, year '99, a university class gathers for their final oral examination. The stern and cold professor selects randomly from the group, asking questions that must be answered immediately, and the students are graded on the spot. First we begin with propulsion, but soon move into what is considered the most important of subjects: the behavioural sciences.

As with much of Serling's scripts, the message supersedes the story. There is a surprise ending which is delivered not for a shock finish, but revealed three quarters from the ending, and though not completely surprising I nonetheless could not predict it accurately. Yet it is not the ending which is surprising, but that Serling managed to convey ideas about human nature in such a blatant and effective way. He points directly to some of our prejudiced notions, particularly racism and classicism, in a way he would not have been able to during the run of The Twilight Zone. But the 1970s are not the 1950s, and ideas regarding controversy has changed. Serling's script is solid, and even the questioning of propulsion and Newtonian physics is fraught with tension. Vincent Price adds a good deal to the teleplay as the professor, cold and scientific in his approach, and passionate in his utter disgust at displays of deviance. Price manages to use his voice to great effect, with its firm and commanding tone. 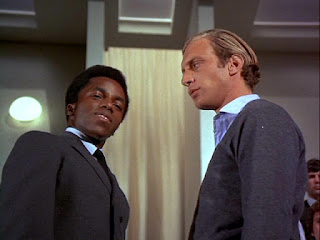 What is fascinating too, if we were to look beyond the thesis on the dark nature of twentieth century societal norms, is that in this future year of '99 (whether 1999, 2099 or 2999, it is cleverly not made clear), there is no desire to make the world a better place, but only to maintain the status quo among us mortals. Humanity is to be preserved and bot bettered, so that our evolution comes to a halt. The additional concept within this idea is simply that human nature does not evolve, that this class of future '99 is made up of the same or at least similar prejudices that formed the behavioural aspects of all the previous classes of '99, regardless of century. Why bother bettering society when it has proved time and time again that it cannot evolve. 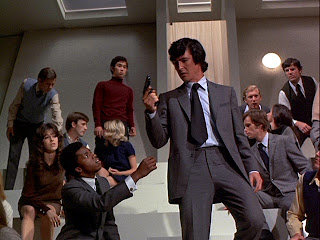 Aside from the inimitable Vincent Price in his first of two appearances in Night Gallery, the episode features Brandon De Wilde, who is best remembered as Joey in Shane. 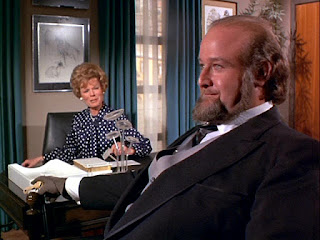 As noted above, "Satisfaction Guaranteed" was not the original skit that first aired in episode 2.2. That slot belonged to "Witches Feast." It appeared instead during a rerun of the episode on 22 March, 1972.

A wealthy man seeks the perfect candidate at an employment agency that carries the motto "Satisfaction Guaranteed." The cast is less than subtle in their roles, which does not help this downright terrible and embarrassing little skit.

Victor Buono is best known for comedic and villainous roles, and appeared twice on Thriller. Cathleen Cordell appeared in The Alfred Hitchcock Hour as well as Night Gallery's opening episode "Dead Man/The Housekeeper," as Miss Beamish in the second segment.

Posted by Casual Debris at 1:01 AM

E.G. Marshall is very well remembered by people interested in this genre.

The show was called CBS Radio Mystery Theater which is a favorite of almost anyone who grew up in the seventies who had a radio and a strong stomach. The show had an unforgettable opening and ending, and I believe that he garnered the role in Creepshow to a large extent baaed upon his popularity in CBSRMT. He also played the president in Superman 2, by the way.

Great work on your site. I remember being really scared by Night Gallery as a child, which was followed quite closely by the advent of CBSRMT in early 1974.

E.G. Marshall is very well remembered by people interested in this genre.

The show was called CBS Radio Mystery Theater which is a favorite of almost anyone who grew up in the seventies who had a radio and a strong stomach. The show had an unforgettable opening and ending, and I believe that he garnered the role in Creepshow to a large extent baaed upon his popularity in CBSRMT. He also played the president in Superman 2, by the way.

Great work on your site. I remember being really scared by Night Gallery as a child, which was followed quite closely by the advent of CBSRMT in early 1974.

Thank you William for your feedback & kind words. I do recall his role in Superman II (perhaps which garnered his role as Eisenhower in War & Remembrance?) & various other films. He had such an active studio career in the 1950s & it's too bad the general public isn't more aware of him.

I missed out on CBSRMT since it was before my time but I do have an anthology of the radio scripts. I'm sure there are recordings readily available & some time, when there is time, I'll hunt them down.

All of the CBSRMT shows are available here:

Although both were originals, I think you will see some similarities to Rod Serling in Marshall's demeanor and schtick, just as Serling's echo those of early radio shows such as the Mysterious Traveler and Suspense.

Serling also had his own radio show in 1973 and 1974 called The Zero Hour, which appeared in a daily serialized format, possibly detracting from the show's popularity.