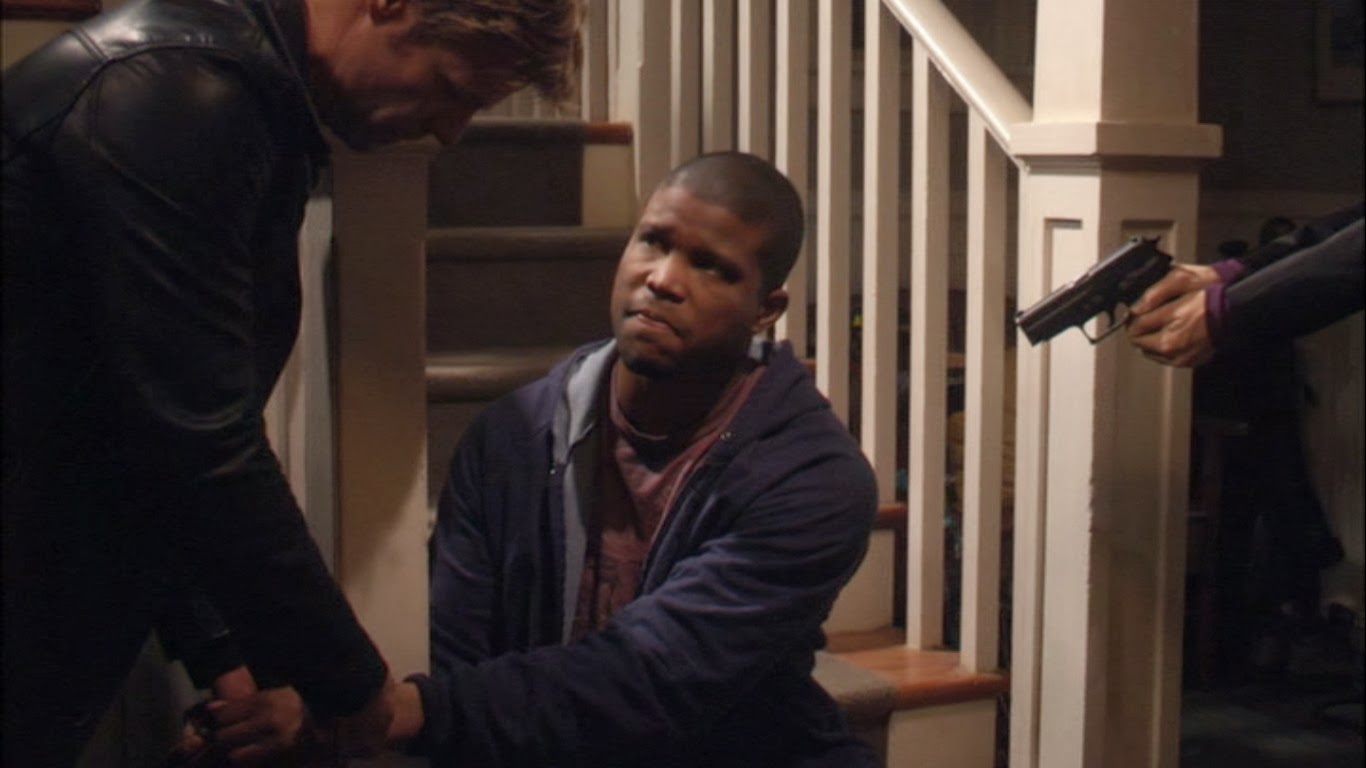 The title of this episode, "The Home Front," refers to both the national home front and tensions brewing in the Tom/Alana household, and only incidentally to the Isabelle/Richard home. The episode focuses on two main plot threads: the ongoing drama of Isabella and Shawn (with all its ugly sidelines), and the possible ejection of Alana from the series via some connections with Gary Navarro and the infamous Nova group.

Of the many 4400 characters, I've always liked Gary Navarro, and his return is refreshing, particularly in that the focus is on the complex course his life has taken since he returned and developed, as you'll recall, mind-reading abilities. He is well acted by Sharif Atkins ("I just wanted to play baseball!!" Chuckle) Unfortunately the episode opens with much silliness: Diana and Tom are outside Navarro's home, and when other NTAC agents appear they barge into the house to find that the former baseball player has moments ago slipped out. Personally I would be scared if my national security team rushes an army through the front door in one fell swoop, allowing a potentially super-dangerous individual from casually stepping out the back door. You'd think the strategists behind that team would have the sense to advise them to surround the house before barging in. 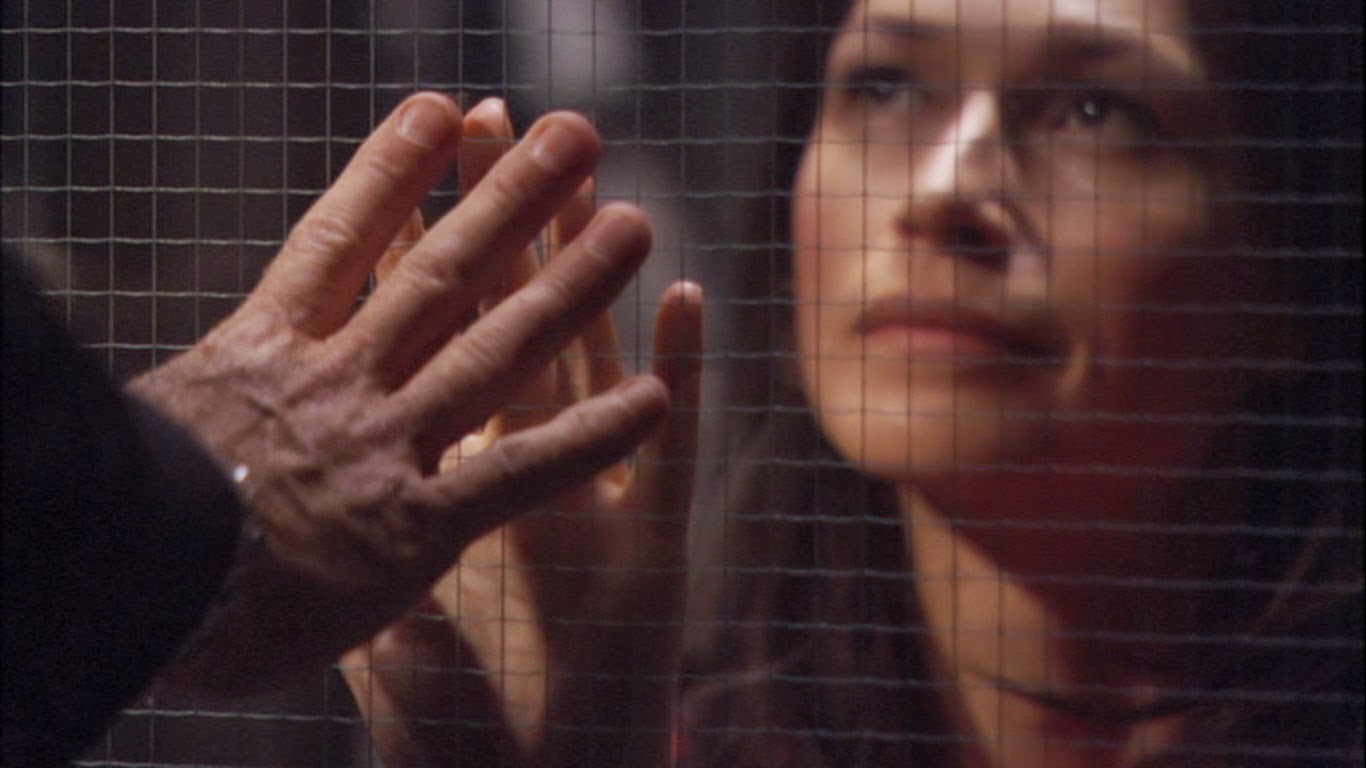 The possibility of Alana being a member of the Nova group is certainly a good premise, but the execution is sadly lacking. Alana was never among my favourite characters, so I didn't have a great deal invested while watching. Moreover, the once interesting Dennis Ryland has descended into generic megalomaniacal bad guy, and the entire prisoner trade-off concept is tiring and executed here with such ordinariness in setting and style that I just did not care. The looseness of the justification behind Alana's betrayal of Tom simply weakens any redeeming quality of this thread. We are supposed to understand that Alana tipped off Navarro in order to alleviate the guilt nestling in Tom's conscience, yet this makes no sense since she takes the entire situation into her own hands, does not confide in Tom, and hence makes us believe she will continuously thwart Tom's attempts at capturing Navarro. Meanwhile Tom would continue to battle his conscience because all this time Alana is withholding the fact that Navarro turned his back on the Nova group, so Tom would not have access to this all-important piece of information. Alana has been keeping secret communications with Navarro (how she located him when NTAC hasn't been able to is a mystery), continuously risking both of them, and continuously betraying Tom. And she has the gall to scream out to Tom: "I did it for you!" As far as I am concerned she did wrong.

Despite the annoyances I do like that Alana and Navarro are on the run, heading to Canada. (Though ironically they're already there.)

As for Shawn and Isabelle, I like the re-introduction of Nikki. The writers were smart to bring her back since it's the only way that Shawn can plunge into a potential romance on such short notice. As a bonus she looks lovely in that dress. I do like that Isabelle's threats are delivered with such seeming innocence, rather than devilishly with some requiem bursting in the background, but I don't like Richard trying to convince Shawn to get back with here since this is completely out of character. I also don't see how Richard can ignore the obvious apocalyptic threats Isabelle makes over dinner. "It'll end badly for everyone."

We learn that Navarro killed eight 4400s, which brings the count from 4,371 down to 4,363. We're told twice that Ryland was behind twenty-eight deaths, yet I'm not sure how that fits in. We learn in "Mommy's Bosses" that twenty-three died from the plague, so what of the other five?


The first of four The 4400 episodes directed by Nick Copus, and one among many scripted or co-scripted by Ira Steven Behr (Star Trek: Deep Space 9 and many others) and Craig Sweeny.