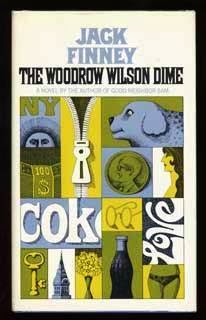 Discontented advertising clerk Ben Bennell finds himself in an alternate reality after purchasing a newspaper using a Woodrow Wilson dime. Unhappy with his work and his wife, in this new reality he finds himself married to an old flame and riding high in a great advertising career. Though there is nothing deep or challenging about The Woodrow Wilson Dime, the novel is a great read, genuinely funny and highly entertaining, and with Finney's many scripted stories, I am surprised this one hasn't yet made it to mainstream cinema as a romantic comedy.

Though often referred to as science fiction, The Woodrow Wilson Dime is more appropriately fantasy. The fantastical element is made up of time travel and an alternate New York, yet the time travel method to this alternate landscape is pure fantasy with no allusions to science whatsoever. Bennell stumbles upon the portal uniting the two realities by using a coin from the other world to purchase a paper in this one, and logically the way back is the same, by substituting the Wilson dime with one from his own New York. The alternate New York is almost identical to our narrator's New York but with gaps in technology, such as the absence of motor bikes and zippers, along with gaps in culture, such as the music of Cole Porter. The alternate world is on a different course from our own, with different former presidents occupying the face sides of coins (though we know Wilson was president in both universes), and people pursuing different steams and obtaining different levels of success.

Finney has written a variety of genre pieces, mystery and science fiction, and many deal with time travel. His most popular novel is the 1954 multi-adapted and referenced The Body Snatchers, yet achieved much success and cult status with his New York time travel novel Time and Again. While this latter approaches time travel with a more serious and (semi-)scientific approach than The Woodrow Wilson Dime, he has produced other time travel fantasies, such as the early and oft-anthologized short story "The Third Level" (Collier's, 7 January 1950), where the third level of Grand Central Station carries our protagonist to 1894 New York. Finney clearly had an interest and love (as witnessed in Time and Again) for New York history, and likely imagined himself wandering the streets of its past, and manages with varying success to allow his readers to walk those streets as well. 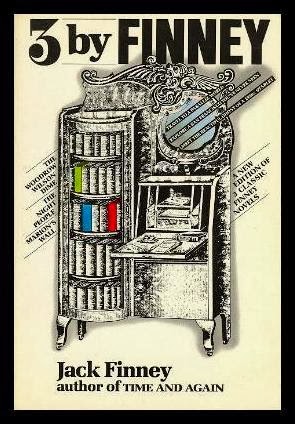 The main flaw in the novel, if we were to look at through a serious lens (as opposed to its clearly playful approach, only partially interested in the finer points of the co-existing realities), is what happens to Ben Bennell Two when Ben Bennell One enters his world? When Ben I enters World II, his counterpart is nowhere to be seen, and the logical assumption is that Ben II transfers over to World I whenever Ben I enters World II. This is evinced by the fact that we learn Ben I's relationship with Hetty progressed while he was away. Further deductive assumptions would lead us to believe that no matter where Ben II is at the moment Ben I transits into his world, he in turn is tele-ported to the other, so that the Bens can never co-exist in the same reality. And yet there is no concern for this Ben II and his plight from successful ad executive to measly ad clerk. No suspicions from Hetty who must've been freaked out by a Ben II claiming not to belong to this world, appearing at her doorstep wondering who she is, likely having discovered Ben I's address as Ben I discovered his. Moreover, Ben I does not even consider the implications of flip-flopping between realities, likely sending Ben II into a crazed whirl, driving him to all levels of madness.

The novel is a pleasure because of its original ideas, the zany concepts Bennell devises, the constant scheming to not only win his wife back, but in obtaining capital. The novel is fresh, energetic and charmingly silly, and though the characters are two-dimensional as they would be in most romantic comedies, the writing is genuinely funny.

Based on Finney's short story "The Coin Collector," originally published as "The Other Wife" in The Saturday Evening Post, 30 January 1960. The novel was first published in 1968, and was updated for the 1987 omnibus volume, Three By Finney. The updating was done (sadly) in an attempt to make it more accessible to contemporary 1987 readers, which becomes completely absurd since our narrator from 1968 references the likes of Cindy Lauper and quotes prices astronomical to the late sixties, where a newspaper is still worth a dime. If you can, hunt down a copy of the original, and you'll have that great cover, the images on which make sense once you've read the text.