There Was Once a Place: Stories from the Fiction Desk 7 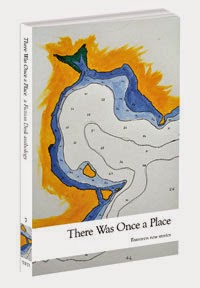 The latest issue of The Fiction Desk features this year's flash fiction competition winner and runners-up, tossed in with some fine short stories. As I mentioned in my review of TFD5: Because of What Happened, I am not a fan of flash fiction, yet again those selected here are worthy reads, and among the shortlisted entries, I completely agree with the selection that received the honour of "best": Jo Gatford's "Bing Bong."

My preferred stories from TFD7 include Melissa Goode's "Exile," which I would vote as the issue's top story, followed by some strong genre entries: Alex Clark's "The Stamp Works," Edmund Krikorian's "Santa Maria" and Chris Fryer's "The Loop."


I Say Papaya, You Say Pawpaw by Mike Scott Thomson     6/10
The once owner of a now defunct grocery store is forced to seek work at the large chain that helped close his own shop. Here he must contend with the faceless aspects of consumerism, at both the client and management ends. A good story, though the ending doesn't address the issue of corporate take-over, unless the point is simply that big bad companies are helmed by normal folk. Or perhaps without being aware of it, he has been assimilated into the mass commercial machine and the individualism of small business is no longer of import. Perhaps we're being told that the big chain is the opium of the little guy?

Thomson is the author of "Me, Robot," which appeared in TFD4: Crying Just Like Anybody.


Dan and the Dead Boy by Mark Taylor     6/10
A man tries to come to terms with living with a dead teenager's liver, guilt-ridden by allowing his own youth to pass by. The story features good dialogue and humour.


Little Bird Story by James Collett     5/10
Flash fiction featuring a man at a bus shelter and a stunned bird that is, ultimately, a reflection of himself. Collett also wrote "The Clever Skeleton," another shortlisted flash that appeared in TFD5: Because of What Happened.


Constructing an Exit by Peter Clark     5/10
This second person narrative goes on for too long, so that the momentum it builds quite nicely ends up falling in on itself.


Misson to Mars: An A-Z Guide by Sarah Evans     7/10
The story of a "reality-tv" survival series set on Mars and the unseen and uncaring audience that leaves them to perish is told via an alpha-narrative (as in alphabetical). The result is both interesting and effective, and the detached third person "we" tone works particularly well.

Throughout the anthology the story's title is spelled "Misson," while on the TFD website it's "Mission." I think the print copy erred. The story is among the flash contenders, and to me a close second choice. Sarah Evans is the author of the the fine story "Stuck" that appears in Unthology 2. For an article of Ms. Evans's process is launching "Mission to Mars," please click over to this TFD page.


Santa Maria by Edmund Krikorian     7/10
Future science fiction tales that appear in serious literary journals tend be dark and fatalistic, yet despite its opening set in that direction, Krikorian's "Santa Maria" switches gears and offers hope in a way that we forget the story is science fiction. Man's state of affairs remains bleak, but there is hope in the unchanging facets of humanity. The gear-switching is effective, not at all jarring, and both moods work well.


Colouring In by Cindy George     6/10
Another shortlisted flash piece, this time with a good concept. The story revolves around the idea that every child, no matter how unimpressive, should be recognized for something they are good at no matter how trivial that something appears. George was voted by her peers as the author containing the best story in TFD5: Because of What Happened.


Badass by Die Booth     6/10
Shortlisted flash. A simple story of a stereotype is surprisingly good, genuinely sympathetic. Booth is the author of "Phantoms" which appears in TFD4: Crying Just Like Anybody, and co-editor if Re-Vamp.


The Guy in the Bear Suit by Dan Purdue     6/10
Third flash in a row is a second person tale of paranoia and a dark secret buried in childhood.


The Stamp Works by Alex Clark     7/10
An industrial archaeologist is hired to map out an unused mining compound for a company hoping to revive it, and immediately some odd occurrences come to play. Ms. Clark's story is apparently her first published, and it's quite good, with a genuinely unsettling and well detailed set, a good suspenseful story and a believable narrator. I would argue some of the end is perhaps over-explained and over-sentimental, but I wouldn't argue too hard. For her take on the story, please visit this page.


Exile by Melissa Goode     7/10
The tension in this one is excellent, both in the situation and in Melissa Goode's approach. A woman has come to meet a former lover, someone she was involved with for an extended period while he was married and his son was quite young. The notion of exile permeates the story, as the former lovers have been in exile from each other, the man is living in solitary exile, the woman is exiled from her mores. What works so well is that despite our own proper moral viewpoints, or so we pretend, we do understand and sympathize nonetheless with these two less than exemplary individuals. My favourite entry in TFD7.


The Loop by Chris Fryer     7/10
I like ideas of loops, and though Fryer's story is not the most original, and because of its nature the resolution or lack thereof is inevitable, the story is well constructed and a good read. The structure around different characters and that first person plural voice works effectively, as does the less than likeable genius that generates this particular loop. Also, I like the double words words.


Loss Angina by Nik Perring     6/10
A man shaves his lips off and is troubled when no one seems to notice. Motivated by a break-up, the character is inherently self-centred as his grief takes a back seat to the fact that no one notices his the consequences of his pain. Though not quite Perring's idea, I suspect; he appears more interested in the notion that we are all openly scarred, but what I like here is that the character's own injury (self-inflicted despite the result of someone's departure) has him transfixed, and he is hence unable to see the wounds of others.


Bing Bong by Jo Gatford     7/10
A mother and son are at the dentist's, and the son, with a peculiar affinity to sound, needs desperately to hear the chime that calls for the next patient. A genuinely touching bit of writing, it deserves its prize for "best" flash fiction.