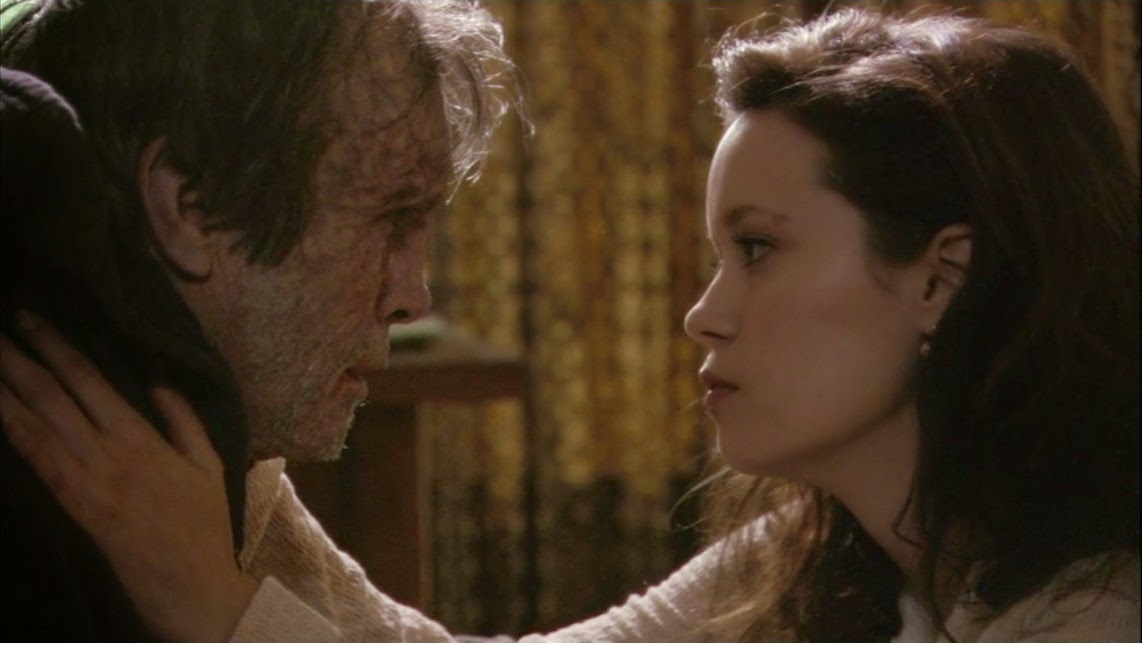 
"My mind is not compromised."

A lengthy abstinence from The 4400 has led me to re-read my latest episode reviews in order to remember what was going on. Surprisingly only a few smaller details had slipped my mind, and impatiently I passed over much of my text (but I did look at the pictures). What surprised me most was that I was actually keeping track of the 4400 numbers, and at last count we were at 4,363 after learning in episode 3.6 that Gary Navarro had killed eight.

So far this third season we had a strong beginning followed by a couple of weak episodes which were highlighted by the welcome exile of human holodeck Alana. I am still most interested in nutty professor Kevin Burkhoff and his promicen experiments, and least interested in Isabelle's bratty whining. In this episode we get more of the former and thankfully very little of the latter. 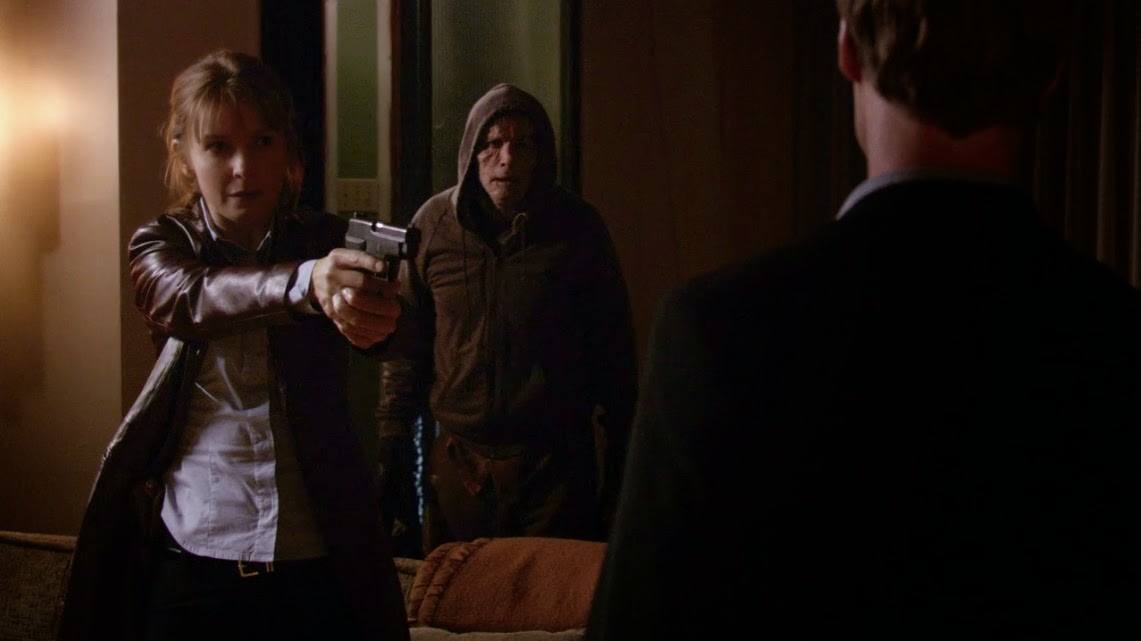 The Re-animator returns in full misshapen form as the series decides to focus on its more interesting characters. The opening sequence once again recalls X-Files formula, as Burkhoff is kidnapped by shady government types, men in black, and mercilessly shot to death. Of course we'll recall that his fabricated promicen ability is instant healing (though according to him it doesn't always work), so we aren't surprised that his corpse disappears from the back of they shady van. Later we see the bullet holes healing quickly on their own, which presents a problem: the bullets are still inside him. You would think that being shot at such close range would cause the slugs to travel right through the good doctor's body, but there was no evidence whatsoever of this. So perhaps his body simply consumed the bullets altogether. 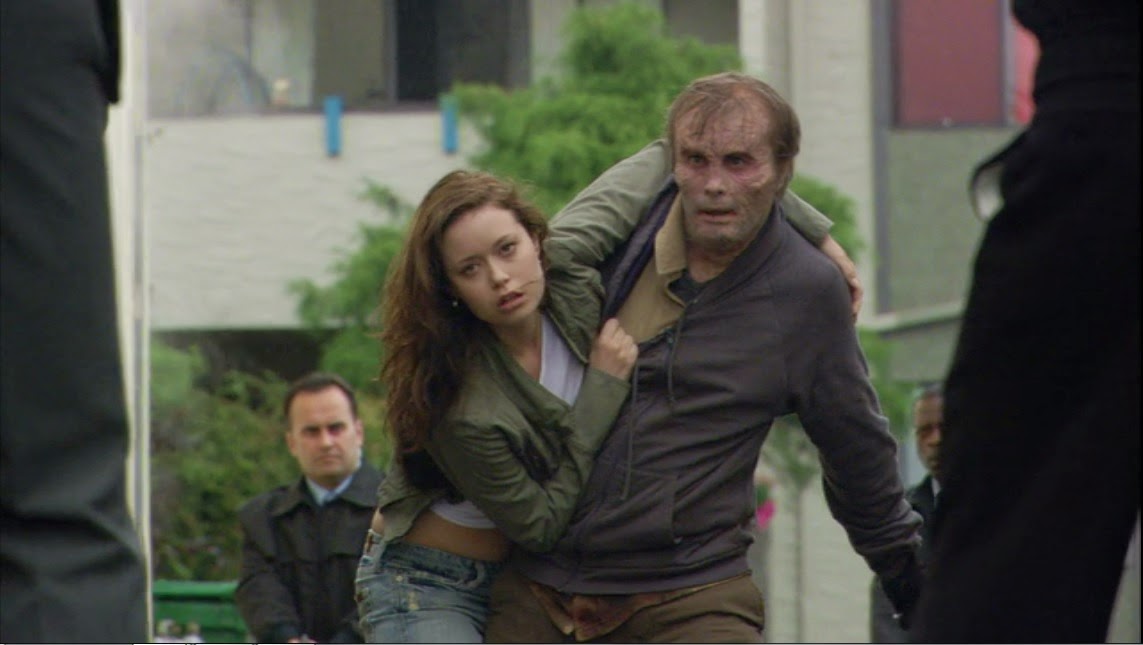 Along with the return of Kevin B, we are treated with the return of Tess Doerner, the schizophrenic girl from episode "Wake-Up Call" (2.1). There is genuine affection between this two and its nice to see them reunited. However, they shed their innocence from their time at the psychiatric ward and become a powerful pair of renegades, which is a great transformation. The two are experimenting on Diana Skouris, convinced that it is for the betterment of humanity, yet this is glossed over since we never learn by Burkhoff is so convinced of his research (whatever that is) to believe Diana would be among humanity's saviours. Whether brilliant and foresighted or downright mad, I found myself rooting for the pair. Overshadowed by their goals is the union of their abilities. The idea that a brilliant-minded man is nearly invincible with his Wolverine self-healing powers is travelling renegade with a woman with unbelievable hypnotic abilities is a threat of its own. The show did well in revealing Tess's ability by not telling us straight out as it normally does ("my power is..."; "John is a returnee who has the ability to..."), but by simply letting the story unfold and allowing us to catch on as we watch. Still we can wonder at the extent or limitations of her hypnotic ability. This achievement is one of the episode's strength. Believable also in that the unique beauty of Summer Glau is hypnotic on its own.

It's great that such a powerful pairing is kept distant from both the good guys and the bad. Schizophrenics cannot function within the boundaries of constructed society, so it's also appropriate that they are on the lam, Bruce Banner style.

An interesting side-note to Diana's unwilling inclusion in Burkhoff's promicen-injecting experiments is that Maia present Diana with a drawing of her as a monster that visited her in her dreams. It's not just a clue to Burkhoff injecting her with promicen, one of many until the reveal, but also innately suggests that Maia believes members of the 4400 are monsters, and by extension that she herself is a monster. I doubt this was intentional but it is nonetheless there, and would have been an interesting angle to explore, yet I don't believe the show was interested in this idea. At least not at this point. 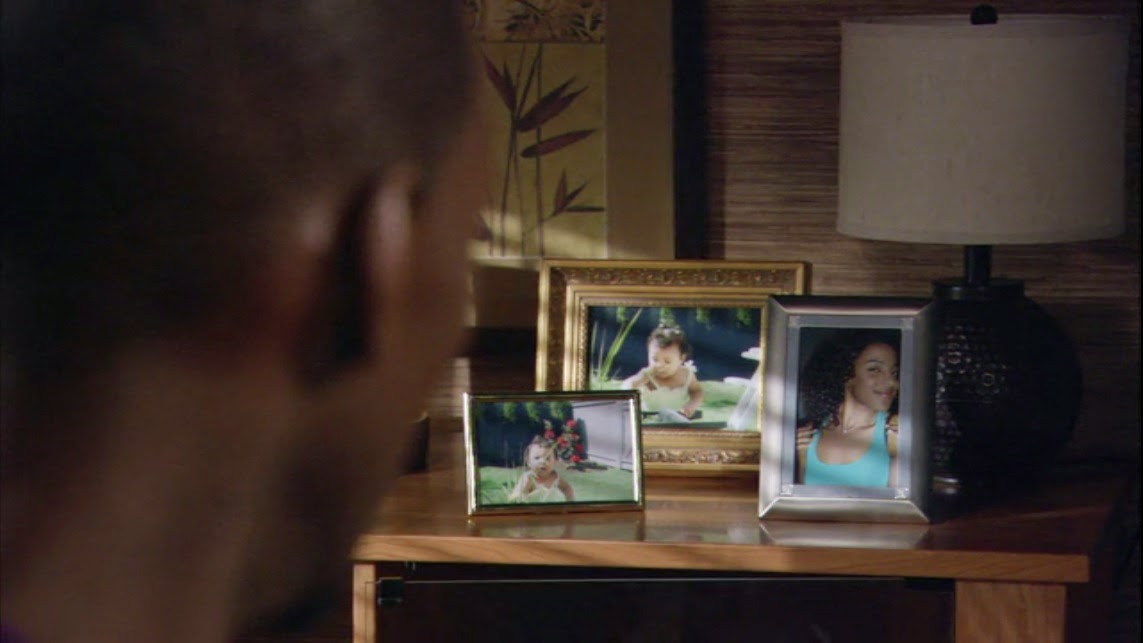 And in another corner of the 4400 universe... Richard's telekinesis is finally being explored, and it is undoubtedly clear that his special ability was not just his sperm. The neatest moment in this thread is the shot of Richard graduating his target practice from crumpled pieces of paper to kitchen knives, and that moment when a knife is thrown to reveal a photo of Isabelle, followed by a concerned look from daddy Richard. Is this a challenge? A consideration that he might need to end Isabelle's life? The notion that morally straight father Richard Tyler is the one who must take down daemon daughter Isabelle is a great detail, and hopefully we'll be taken down this path. With a romance potentially brewing between Richard and confidante Heather Toby, perhaps she and her ability will play a role in this hoped-for sequence.

Isabelle in the meanwhile is becoming increasingly annoying, though thankfully her presence in this episode is brief and well handled. Yet here too it is with Richard that our sympathies lie, and his response, verbal and gestures, are indicative of the talent of Mr. Mahershala Ali.

The episode's final sequence unites Isabelle with the shady X-Files characters, and ends with a distinct imitation of an X-Files moment: the reveal of a high security freezer stories a multitude of vials of promicen, all sucked out of Isabelle.


There is a minor and unnecessary though nonetheless interesting thread involving Shawn and famous bad boy rocker Nick Crowley (quite well played by Neil Hopkins). The scene involves a drugged-out rock star that fanboy Shawn inadvertently saves, and who expects him and his healing hands to be around every time he overdoses. The final moment and Crowley's angry disappointment are a great character-revealing finish. Perhaps the story-line was needed to keep Shawn in the episode, or perhaps simply as filler. I do like the contrast between a story of a man needing a healer to constantly save him from peril, and the story of Dr. Burkhoff who requires no external hands as he is an instant self-healer. Possibly the intention of this side narrative is to illustrate how truly powerful Burkhoff now is; a greater asset in some respects as Shawn, due to the implication that while Shawn is vulnerable, especially with his ties to Isabelle, while Burkhoff is potentially immortal.

Finally, to cap off this lengthy article, there is a nice moment between Diana and Marco. We haven't yet seen them together since Diana broke off their relationship, and the moment they first do make contact, at Dr. Burkhoff's apartment, the awkward moment and Marco's "Hi" are all a nice testament to continuity. Marco's ongoing concern for Diana is appropriate and accurate to both the situation and the character. 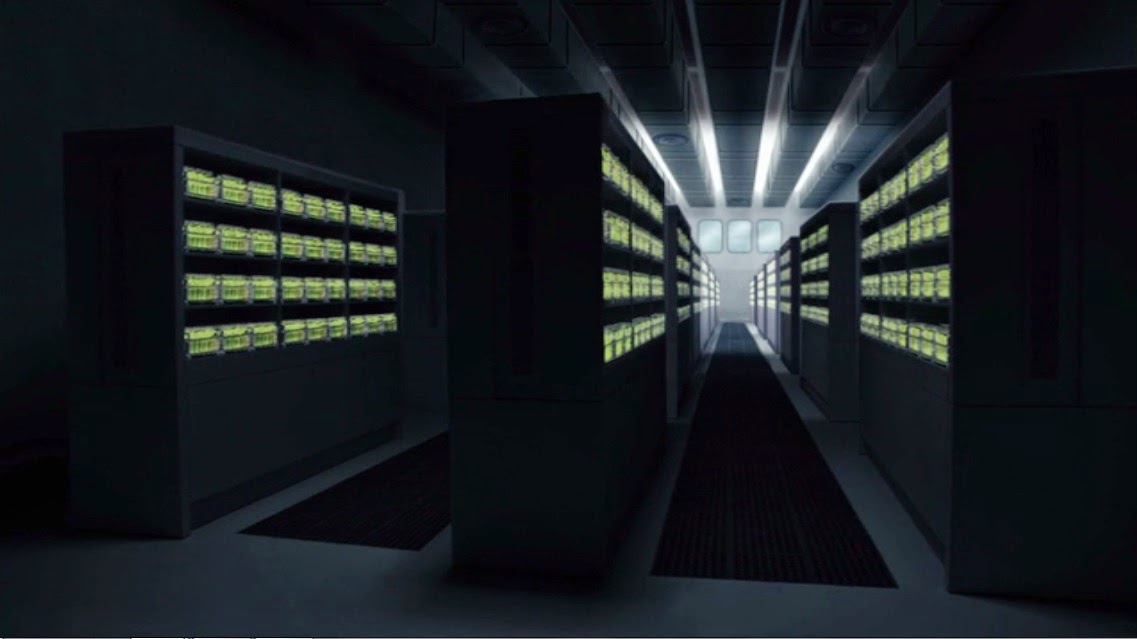 Among the many episodes co-scripted by Ira Steven Behr and Craig Sweeny, "The Ballad of Kevin and Tess" is directed by The 4400 co-creator Scott Peters.