"Something is rotten in the state of London." 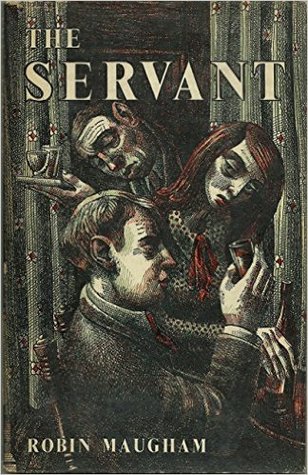 Robin Maugham's 1948 novel The Servant is best remembered by Harold Pinter's 1963 film adaptation, also titled The Servant, directed by Joseph Losey and starring Dirk Bogarde. The film is quite different in content and approach, mainly because it was produced during a very different era. Maugham's novel is a grim depiction of post-war London; a squalid city where both the privileged and unprivileged must struggle to carve a place for themselves in society. Rules have changed, however, as the world has turned upside down.

As with F. Scott Fitzgerald's The Great Gatsby, the story of Tony and his relationship with his manservant Hugo Barrett is told through the point of view of an observer, an old army buddy of Tony's. It is through Richard's eyes that we witness Tony's steady decline. Unlike The Great Gatsby's Nick Carraway, however, Richard understands Tony's background and is aware of his current dilemma, and tries actively to intervene and change the course of Tony's descent.

The novel opens with newly retired yet still young World War II army officer Richard Merton beginning a new job at a publishing firm. Not particularly a literary man, the job is an attempt at remaining productive and a functioning member of modern society. The war is over and the officer's previous role has become obsolete.

These three male characters are mirrored by three female characters: Tony's initial love interest, Sally Grant, Hugo's sickly niece Vera, and Richard's housekeeper Mrs. Toms. The pairings are made interesting because they defy logic: the serious Richard should be paired with the intelligent Sally, the two servants should be paired out of rank, and the careless Tony should be linked with Vera. Of course appearances deceive and as we learn more about the character relationships we also discover the darker sides of some of these individuals and their ugliest desires.

The Servant is well conceived and well written. It is a short book with a plot so simple that there appears to be no plot at all. The progression of character decline is believable and Richard is a straight character with some subtly revealed flaws. What Maugham is expressing about post-war London is that society has transformed so intensely that the world seems to have turned upside down. Servants act like masters and masters lose control over their desires, becoming themselves enslaved. There is a powerful scene when Tony, defending his overly generous attitude toward his manservant, accuses Richard of hypocrisy when the latter explains that the flaw in military reunions is that the officers are separated from the average soldier. Richard argues that there is equality among men rather than among those of rank, though he refuses to believe that one's manservant can be on equal footing with the homeowner.


There are some problems with the novel. First of all, Chapter II is unnecessary; it is needless for Richard to explain that his life did not revolve around Tony but that he is condensing the years as he is focusing on Tony's story. Then there are some odd non-sequiturs when the narrator jumps from one moment in time or simply hops over to a fairly unrelated idea. It does not happen often but when it does the effect is glaring. I understand that the idea of space breaks was not common at the time, but the need for a stronger relationship between sentences and ideas seems to have been neglected.

Aside from these truly minor points, Maugham's novel is quite strong and unfortunately barely known; most people who have watched the movie adaptation are likely unaware that it was based on a novel. Both versions are strong and as they are both different, products of very different decades, the one can be watched and the other read without damaging the experience of the other. 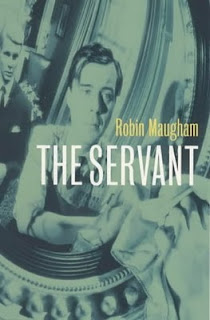 A note on my copy (Harcourt, Brace and Company, 1949). I found this book in a box outside a library just last week. The volunteers collecting donations for the upcoming book fair often leave unwanted or unusable books in front of the side entrance for passersby to take. This was one of many excellent finds I have made over the last few years. It is the first American edition, a handsome hardcover with its original dust jacket nicely bound in hard plastic. The spine has a tear and the pages are brown (though not too brown for a 1949 edition) but otherwise it's in great condition. The cover is a great depiction of the novel, with its drawing of a man seated with a drink being looked over by an attentive young woman and, a little further back, a manservant with a tray, his head bowed and eyes closed. The woman can be either Sally or Vera, though I suspect it is Sally competing with Hugo for Tony's attention. The cover is dark, mostly black and grey but touched up with some browns and reds. The inside flap states: "Jacket design by G. N. Fish" but does not specify jacket art, though that might be what it's implying.