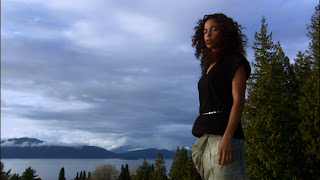 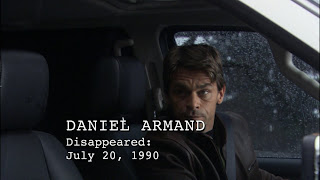 Season Three propels us toward Armageddon and a division akin to that in the universe of the mutant X-Men. Former NTAC lead Dennis Ryland is convinced that war is looming ahead. The good guys have no Professor Xavier at their helm, while the bad guys, an organization of renegade 4400 called Nova (probably in reference to the astronomical term referring to the sudden brightening of a star rather than the Latin word meaning new, though both are suspicious), have a mysterious leader by the name of Daniel Armand (Ian Tracey of Da Vinci's Inquest and Da Vinci's City Hall) (disappeared 20 July 1990). With a threat to perform some major cataclysmic show of power, Diane and Tom are racing against time (ha!) to figure out who is behind the Nova group. Standard fare with some red herrings, this plot line is broken up by some other season-setting stories.

There's a lot transpiring in this hour-and-a-half-long episode.

TJ Kim (Leanne Adachi), the siren from "Lockdown" (episode 2.10) returns in an assassination attempt on Ryland, as does mind reader Gary Navarro (Sharif Atkins) from "Voices Carry" (episode 2.2), to further the assassination attempt. Both these talents are linked with the Nova bad guys. These two powerful talents over match their 4400 opponents, good guys made up of the likes of more passive powers such as healing (Shawn), predicting (Maia) and Alana Mareva, who is little more than an organic holodeck. Except that baby Isabelle (Megalyn Echikunwoke) is all grown up, wanting to learn about this world, while exhibiting signs of invincibility. The main focus is on the Nova group and some show of power plot they are planning to release on October 19th, so that NTAC agents are hurrying to find its secret members, particularly Arcand, whose power is not yet revealed. 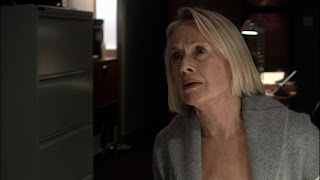 The most interesting plot line in this episode is that while former baby Isabelle is rapidly aging, so is mother Lily. The episode features an elderly Lily, wonderfully portrayed by Tippi Hedren (best known for her role in Alfred Hitchcock's excellent 1963 film The Birds). A great casting coup, Hedren makes a far more interesting Lily than her youthful counterpart Laura Allen ever did, and alongside talented actor Mahershala Ali as husband Richard, the relationship and its history are awarded proper dimension. Interestingly, however, is that Allen and the young Lily were supposed to return for season three, but, for reasons I'm not aware of, she was unable to, and this story-line needed to be assembled close to the shooting schedule. Meanwhile, we receive a glimpse of Richard's ability, a kind of telekinetic manipulation of objects.

As for the suddenly twenty year-old Isabelle? Possibilities abound, but so far Echikunwoke is weak in the role, focusing more on the girl's innocence rather than the conflict that would arise from learning human history (remember Leeloo's similar education in Luc Besson's 1997 fun-filled silliness The Fifth Element?). Isabelle is unaffected by her education, wanting only to experience things, which is just plain silly and unrealistic, even for such a fantasy as The 4400. "What if I'm evil?" she naively (and laughingly) asks an awkward Shawn. Alongside the new Isabelle we discover that Matthew Ross (Garret Dillahunt, who we've since seen in the very good but inherently flawed Looper) is more than just a right hand man, as he appears to have some sinister information concerning Isabelle and the 4400. Unfortunately Jordan Collier is noticeably absent from this episode. 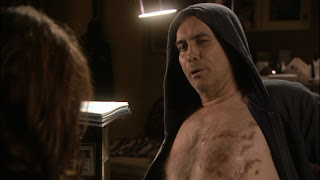 A better story-line is eccentric Doctor Kevin Burkhoff (the always enjoyable Jeffrey Combs) injecting himself with promicin in order to generate a 4400 ability. Since the promicin inhibitor is no longer being injected into members of the 4400, individual powers are becoming stronger. This "new world" of the title is a path to Armageddon via more powerful mutants, and a glimpse of other 4400s around the world show us how varied these the abilities are. I still keep in mind from season one the concept that humans from the future developed these abilities in order to save the future human race from some terrible catastrophe.

In general terms, the episode focuses on notions of loyalty as 4400 members as well as non-members are being pressured to choose sides. The sensitive Shawn Farrell (Patrick Flueger) crosses both teams as he is a "good" 4400 who, it turns out, funded the Nova group as a precautionary measure in case the government turned on them.

Idiocy manages to peek its fuzzy head as Diane and Tom head out on their own to a potential Nova member's hideout. Do they think they can take on the likes of TJ Kim and who knows who else that might be there? Lucky for them it's all a ruse.

Overall a good season opener, with many turns and a good set-up for the season series. There are a number of hints to other potential plot lines down the season, from Maia meeting a boy who can manipulate electricity, to Alana becoming more active at the 4400 Centre. We also learn that there is some powerful hypodermic concoction that can kill Isabelle.

Another 4400 member is lost, Wesley Hauser (disappeared 1975), bringing our 4400 count down to 4,371. Yet with the post-returnee introduction of Isabelle and Dr. Burkhoff exhibiting 4400 talent, we can add two and raise the total number to 4,373. Now that would be a quirky title for a series. 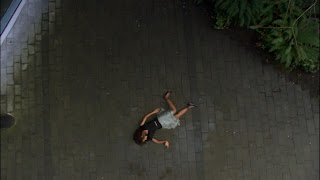